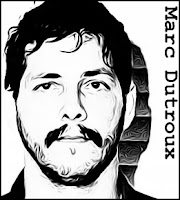 
A depraved sex killer, pedophile and pornographer, Marc Dutroux had already built up a sizable rap sheet before his first arrest for rape in 1986. That charge, for abducting and raping five young girls, earned him a ludicrous four years in prison. He’d barely been released when he was up to his old tricks, now assisted by his lover, Michele Martin.

On June 24, 1995, eight-year-olds Julie Lejeune and Melissa Russo disappeared while playing near their homes in Grace-Hollogne. One month later, on August 23, An Marchal, 17, and Eefje Lambrecks, 19, vanished while hitchhiking near the seaside town of Ostend. On May 28, 1996 12-year-old Sabine Dardenne disappeared while riding her bike to school in Kain, southwest Belgium. Just over two months later, on August 9, 1996, Laetitia Delhez, 14, vanished while walking home from a public swimming pool in her hometown of Bertrix.

With six young girls now missing from the area, police launched a massive operation but found no trace and no clues until informants brought up the name of Marc Dutroux.

Dutroux was brought in for questioning along with associates Michelle Martin and Michel Lelievre. It was Lelievre and Martin who cracked under questioning and confessed to their parts in abducting the girls. Faced with these confessions, Dutroux realized the game was up and admitted his involvement.

On August 15, 1996, Dutroux led officers to a basement cell in his home where Sabine Dardenne and Laetitia Delhez were found alive, although filthy and malnourished. The girls had been kept as sex slaves but they were the lucky ones, the other four victims had been killed.

Marc Dutroux went on trial for murder on March 1, 2004. Convicted on all counts, he was sentenced to life imprisonment, while Martin got 30 years and Lelievre 25 years.