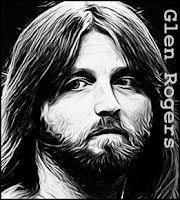 Known as the Cross-Country Killer, Glen Rogers was a charming ladies man who killed at least five women during a multi-state rampage in the mid-90s. His first victim was a former housemate whose body was found hidden under a pile of furniture in an abandoned house owned by the Rogers family. Two years later, in September 1995, Rogers showed up in Van Nuys, California where he murdered a woman he picked up in a bar. Her body was later found inside her burning pickup truck. An autopsy would prove that she’d been raped and strangled. Rogers' third victim was picked up from another bar, this time in Jackson, Mississippi on November 3.

With Rogers now identified as a suspect and a major manhunt underway to find him, he fled to Tampa, Florida where he fatally stabbed Tina Marie Cribbs and left her to die in a motel room bathtub. Finally, he showed up in Bossier City, Louisiana on November 11, where yet another young woman was stabbed to death. Shortly afterwards, Rogers was tracked down and taken into custody. Under interrogation, he jokingly admitted to 70 murders, although he later recanted that claim. Police believe he might be responsible for 12 deaths.

Glen Rogers went on trial for the murder of Tina Marie Cribbs in Tampa, Florida on May 7, 1997. Found guilty of murder he was sentenced to death. He subsequently received another death sentence in California.