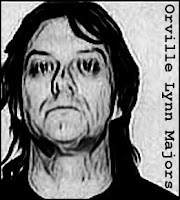 
Born April 24, 1961 in Clinton, Indiana, Orville Lynn Majors developed an interest in nursing after caring for his ailing grandmother. He later qualified as an LPN (Licensed Practical Nurse) and found work at Vermillion County Hospital in his hometown.

But it was soon clear that Majors was badly suited to his chosen profession. He seemed to genuinely hate the elderly patients under his care, calling them “wasters,” and telling his colleagues that they all deserved to die. Few would have guessed that he meant this literally.

Soon after Majors started working at Vermillion there was a dramatic increase in death rates at the hospital. In 1992, twenty-six patients had died at the hospital. Two years later, that number had soared to 101, most of the deaths occurring in the 4-bed ICU, where Majors worked.

Something had to be done, and the hospital therefore brought in an expert to investigate. The consultant soon picked up a pattern. The majority of deaths at the hospital had a common denominator, ICU nurse Orville Lynn Majors. According to the consultant’s calculations patients were 43 times more likely to die on Majors’ shift than on any other.

The matter, of course, had to be reported to the police and the subsequent investigation firmed up the consultant’s suspicions. First, a quantity of potassium chloride was found at Majors’ home. This drug can cause a sudden rise in blood pressure, leading to heart failure. When autopsies proved that several patients had died in exactly this way, Majors was arrested. As soon as he was out of the picture, the death rate at the hospital normalized.

Orville Lynn Majors went on trial for only seven murders, even though he was suspected of 130. Found guilty on six charges, he was sentenced to 360 years in prison.