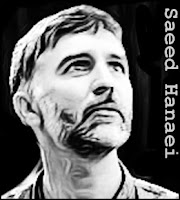 A rare Iranian serial killer, Saeed Hanaei, murdered 16 women in the holy city of Mashhad between 2000 and 2001. His targets were prostitutes who he believed had corrupted the neighborhood where he lived. Working as a construction worker by day, Hanaei would take to the streets at night, posing as a taxi driver. After picking up a woman, he’d drive her to an isolated spot, where he would strangle her to death with her own head scarf before dumping the body in a sewer.

The murders caused fierce debate in Iran with many supporting the killer, saying that he was doing God’s work. However, the police had to act and their enquiries eventually led them to Hanaei, who had been dubbed “The Spider Killer” by the Iranian press, due to the ruthlessness of his methodology.

At trial Hanaei claimed that he had committed the murders in the name of Allah, but once he admitted that he’d had sex with many of his victims, support quickly fell away. He was found guilty of murder and hanged at Mashhad Prison on April 8, 2002.