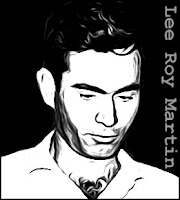 Known as the “Gaffney Strangler,” Lee Roy Martin terrorized the small town of Gaffney, South Carolina, claiming four female victims over the course of nine months in 1967 and 1968.

On March 1, 1967, Ann Lucille Dedmond drove off in her car after an argument with her husband, Roger. Her body was found the following morning, lying in the middle of the highway between Union and Spindale. Roger Dedmond would eventually be convicted of her murder and sentenced to 18 years in prison.

Roger, of course, was innocent. After months of lying low, the real killer, Lee Roy Martin, abducted Nancy Christine Rhinehart, who was walking home from a friend's house. Rhineart was driven to a wooded area, where she was raped and then choked to death. Weeks later, the killer he did the same to Nancy Carol Parris, attacking her while she was out walking her dog. Finally, on February 13, 1968, he snatched 15-year-old Opal Buckson from the street while she was on her way to school.

On February 15, two days after Opal's abduction, two men spotted a car parked beside a dirt road in Union County. The car drove off as they approached but they jotted down the license plate number and passed it on to police. When detectives searched the area, they found the raped and strangled body of Opal Buckson.

The license plate number led investigators to 30-year-old Lee Roy Martin.Under questioning, Martin admitted to the murders, but claimed he heard voices instructing him to kill. Found guilty of four counts of murder, he received four life sentences. Three years into his jail time, Martin was killed by another inmate.