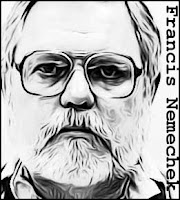 Perching himself on a overpass on Interstate 70, near Hays Kansas, the skilled hunter shot out the tire of a passing vehicle. Then, after the vehicle skidded to a halt he went to offer “assistance.” When the two female occupants, Cheryl Young, 21, and Diane Lovette, 19, refused his help, he forced them into his vehicle at gunpoint, drove them to an abandoned barn, and there raped them. He then shot them to death and left, abandoning Cheryl Young’s two-year-old son, Guy, at the scene. The boy froze to death later that night in sub-zero temperatures.

On June 30, 1976, Nemechek was driving in his truck when he spotted 20-year-old Carla Baker riding a bicycle. He stopped and exposed himself to her, then dragged her into his vehicle and tried to rape her. Carla put up a furious fight and eventually broke free. However, Nemechek chased her down and stabbed her to death. Less than two months later, Nemechek abducted 16-year-old Paula Fabrizius from a ranger station at Cedar Bluff Reservoir in west Kansas. Paula was raped and stabbed to death.

Nemechek was arrested after his thumbprint was found on a warranty card belonging to Paula Fabrizius. Found guilty of five counts of first-degree murder, he was sentenced to five terms of life imprisonment.