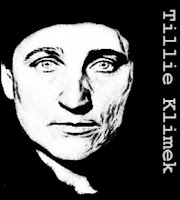 
A self proclaimed psychic, Tillie Klimek came to the United States from her native Poland as an infant. In 1892, aged just 16, she married her first husband, John Mitkiewicz. He died in 1914, after a short illness, whereupon Tillie married Joseph Ruskowski. He died soon after. So too did a boyfriend who had jilted Tillie.

Klimek’s reputation as a psychic first came to the fore with the death of her third husband, Frank Kupzsyk. After Frank became ill, Tillie began announcing to friends and neighbors that he “would not live long.” So it proved. Frank died in agony as Tillie sat beside his bed knitting her funeral bonnet.

In 1921, Tillie married Joseph Klimek and true to form he soon became ill. Doctors suspected arsenic poisoning, and tests proved that they were right. Tillie was arrested and exhumation orders were issued for her previous spouses. All proved to contain lethal doses of arsenic. But that was not the full extent of her killing spree. Fourteen friends and relatives had died under suspicious circumstances after eating meals prepared by Klimek. Many others had become seriously ill.

Klimek would eventually be tried and convicted of the murder of Frank Kupzsyk, her third husband. She was sentenced to life in prison and died there on November 20, 1936.