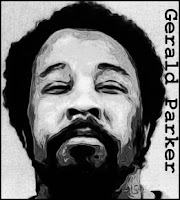 
Known as the "Bedroom Basher," Gerald Parker was a vicious sex slayer who murdered five women in the late 70’s while serving in the US Marines at the El Toro Air Station in California. And Parker might well have gotten away with it but for advances in DNA technology that eventually brought him to book and freed an innocent man.

Dianna D'Aiello was 21 years old and heavily pregnant with her first child on the day in 1979 that Parker entered her home and attacked her. D'Aiello was so severely beaten that she lost her baby and remained comatose for a month after the attack. When she eventually regained consciousness she named her husband, Marine Corporal Kevin Lee Green, as the attacker. Green was duly arrested for the assault on his wife and the murder of his unborn child. Found guilty at trial, he was sentenced to life in prison and would remain behind bars for 16 years before semen from the crime scene was subjected to DNA testing. It returned a match to Gerald Parker, who was then serving time for the rape of a 13-year-old girl.

With the DNA match established, investigators traveled to Avenal State Prison to interview Parker. They expected denials, but Parker seemed almost relieved to unburden himself. He readily confessed to the attack on Dianna D'Aiello. Then her stunned the detectives by admitting to five more homicides; 17-year-old Sandra Kay Fry of Costa Mesa in 1978; Kimberly Gaye Rawlins, 21, of Costa Mesa; Marilyn Kay Carleton, 31, of Costa Mesa; Debora Kennedy, 24, of Tustin; and Debra Lynn Senior, 17, of Costa Mesa. The latter four victims were all killed in 1979.

Gerald Parker would eventually be convicted of these murders and sentenced to die by lethal injection. He currently awaits execution. 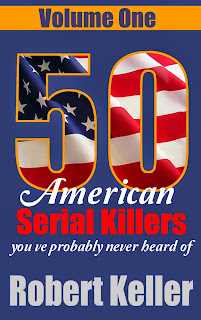 Posted by Robert Keller at 21:25 No comments: 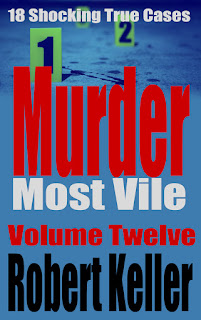 Lights! Cameras! Murder!: Life imitates art in this chilling tale of a wannabe filmmaker who set out to imitate his hero – the TV character, Dexter.

The Stepmother from Hell: What kind of a monster would torture a 6-year-old amputee and cancer survivor?


Black Widows of Hollywood: The barely believable tale of a couple of elderly women who targeted the homeless in a callous murder-for-profit scheme.

The Barbecue Murders: Marlene claimed that her parents had gone on an extended vacation. The bones in the barbecue pit said different.

Mob Rules: The kidnapping and murder of a much-loved San Jose businessman brings about a truly horrific end for the perpetrators.

The Werewolf Butcher: Jack had an ambition. He wanted to be the most notorious serial killer in America. He was certainly one of the bloodiest.

Evidence of Murder: A young girl gets lost in a cornfield and ends up in the clutches of a vile pedophile in this harrowing tale from southeast England.

Justice for Buddy: All Buddy wanted was a companion to share his golden years with, what he got instead was a female predator with a penchant for torture.

Read more »
Posted by Robert Keller at 21:33 No comments: