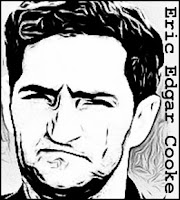 Known as the “Night Caller,” Edgar Eric Cooke terrorised the city of Perth, Western Australia between 1959 and 1963, committing eight horrific murders. Unlike most serial killers, Cooke did not have a favored method of murder, nor a preferred victim type. He killed young and old, male and female. Victims were shot, stabbed and strangled. Some were run down with a car.

Although he committed his first murder in 1959, it was in January 1963 that the broader public first became aware of the killer in their midst. In the early morning hours of January 27, he carried out a deadly shooting spree, killing three people and wounding two.

Cooke was arrested less than a month later, on September 2, when he tried to recover a rifle he had hidden in bushes in Mount Pleasant. Police had been tipped off by an elderly couple who had seen him hide the weapon there. In custody, he confessed to eight murders, including that of hit-and-run victim Rosemary Anderson, 17, and heiress, Jillian Brewer.

Convicted and sentenced to death Cooke was executed by hanging at Fremantle Prison on October 26, 1964.