A cop who was also a serial killer, Mikhail Popkov took to murder in 1992, when he started cruising the streets of Angarsk, Russia late at night looking for intoxicated women. He would then pull over his patrol car and offer the woman a lift, something that was rarely refused since he was a police officer. Popkov would then drive the victim into the forest where he would rape her before stabbing, axing and strangling her to death. He also committed postmortem mutilation and necrophilia.

During to course of the investigation, one of the victims who survived actually pointed Popkov out as her attacker. However, Popkov's wife provided him with an alibi and investigators chose to believe one of their own. It was only years later, after he’d left the force, that he would be looked at again as a suspect.

By then, a new investigative team was in charge of the case and they decided to revisit the police officer angle. All cops from Angarsk, both past and present, were asked to submit a DNA sample and the subsequent tests pointed the finger at Popkov. Faced with the evidence, he admitted murder, saying that he’d only stopped after a sexually transmitted disease had left him impotent. 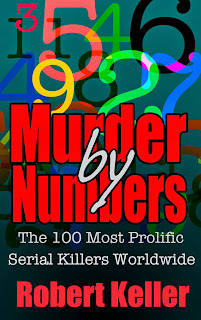