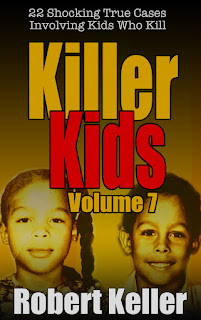 Read more »
Posted by Robert Keller at 10:10 No comments: 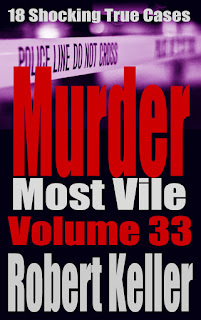 18 Shocking True Crime Murder Cases From Around The World, including;
Kiss Me, Kill Me: The killer had an unusual defense. He claimed that his victim had begged him to take her life. Is it still murder under those circumstances?

Thy Brother’s Wife: A close-knit family is torn apart by a scandalous affair. Old grievances resurface. A shotgun splits the difference.

Canadian Horror Story: An alcoholic, drug addicted logger with mental issues. He has a rifle and an ax and his blood is up. Pity those he encounters tonight.

After Dark: Chiquita Tate was an easy person to admire but a difficult person to like. Turns out, someone disliked her quite a lot.

Double Indemnity: A dentist dies in a blazing car wreck, leaving his wife to cash in a generous life insurance policy. First, though, the police have questions.

Crooked River Bridge: Lesbian lovers Jeannace and Gertrude decide that Gertrude’s kids are a hindrance to their relationship. Their solution to the problem goes beyond evil.

Vampires of Kentucky: They weren’t real vampires, of course. But the crimes they committed were certainly worthy of those inhuman creatures.
Plus 10 more riveting true crime cases. Click here to get your copy now

Read more »
Posted by Robert Keller at 03:55 No comments: