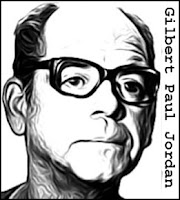 
A unique serial killer, Gilbert Paul Jordan used alcohol as his weapon of choice. An alcoholic himself, the ‘Boozing Barber’ would coax, and then coerce, his female victims into consuming large quantities of alcohol. Ten women died as a result.

The “Alcohol Murders,” as they became known, occurred in Vancouver, British Columbia between 1965 and 1988. Jordan, an ex-con with a record for rape, abduction and car theft, was working as a barber at the time. His favored victims were First Nations prostitutes, lured from Vancouver's sleazy Eastside to dive hotels. There he’d offer them financial inducements to drink large amounts of vodka. After they passed out, he would continued to pour liquor down their throats.

Jordan was eventually caught after a call made to report a dead body in a hotel room was traced to him. Tried for manslaughter he was sentenced to fifteen years in prison in 1988, reduced to nine years on appeal. He was released in 1994 and died on July 7, 2006 at age 74.