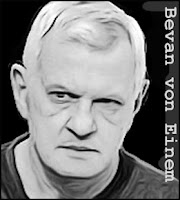 
The first sign that there was a killer on the loose came when the body of 17-year-old Alan Barnes was found on the banks of a reservoir outside Adelaide, South Australia. Barnes had gone missing a week earlier, on June 17, 1979, while hitchhiking in the area. There was evidence that he had been held somewhere and sexually tortured before being killed.

Two months later, on on August 28, 1979, the dismembered body of Neil Frederick Muir, 25, was found  floating in plastic bags in Adelaide's Port River. Then, on July 24, 1983, 15-year-old Richard Kelvin was found tortured to death. Kelvin had been abducted from a busy Adelaide street five weeks earlier. He was the son of a prominent Adelaide newscaster and his death sparked a massive police enquiry.

Those investigations eventually led police to a 38-year-old Adelaide accountant named Bevan Spencer Von Einem. Von Einem was eventually convicted of Richard Kelvin’s murder and sentenced to life in prison, with no parole for 36 years.

However, there was strong evidence to suggest that Von Einem had not acted alone. In fact, Adelaide police believed that a homosexual gang, including prominent members of society, was behind the murders, as well as the abduction and rape of as many of 200 boys. Despite an extensive investigation into these allegations no further arrests were made, leading to suspicions that there had been a cover up.