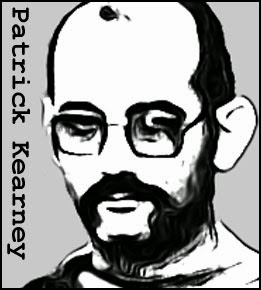 
Known as the Trash Bag Killer, Patrick Kearney was a deadly necrophile who preyed on young men in southern California during the 1970’s. Standing at just 5-foot-five, the diminutive Kearney lacked the strength to overpower his (usually) bigger victims. To overcome this, he devised an ingenious M.O. He usually picked up his victims from gay bars or while they were hitchhiking. He would drive to a quiet stretch of road and while still steering his vehicle he’d produce a small pistol and fire a single bullet into the victim’s temple. An excellent shot, Kearney perfected the technique of firing one handed while keeping his other hand on the wheel.

With the victim now completely under his control, Kearney would rape the corpse. Afterwards, he’d dismember the body, wrap the separate pieces in plastic trash bags and dispose of them at different locations along the California freeway system.

At least 28 young men were murdered in this way before Kearney strayed from his proven M.O. and murdered a young boy who called at his home. Unfortunately for Kearney, the boy had told a neighbor where he was going and the police were soon knocking on Kearney’s door. Spooked by the police attention, Kearney fled with his lover, David Hill, to Texas, but later gave himself up to police.

Kearney entered guilty pleas to 28 murders in order to avoid the death penalty. He was sentenced to 28 life terms.