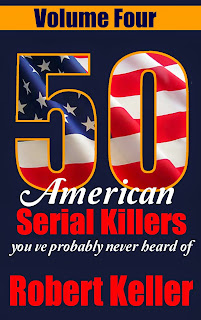 Joseph Briggen: Farmer who believed that his prize-winning hogs had to consume human flesh in order to achieve peak conditioning.

William Christenson: Committed a series of crimes so brutal that investigators called him the "American Jack the Ripper."

Alonzo Robinson: A necrophile and cannibal who killed at least 6 and turned their flesh into "jerky."

Eric Napoletano: Mommy’s boy who murdered his wives and lovers and evaded the law with the help of his NYPD employee mother.

Joseph Bryan: Pedophile who confessed that it excited him to see young boys "tied up and screaming."

Douglas Gretzler & William Steelman: A vicious serial killer team who claimed as many as 17 victims, including 9 in one night.

Andre Rand: The “Pied Piper of Staten Island” committed a string of child murders in New York. He enjoyed comparing himself to his hero, Ted Bundy.

Robert Weeks: Narcissistic killer who had a problem dealing with rejection. Women who turned him down invariably ended up dead. 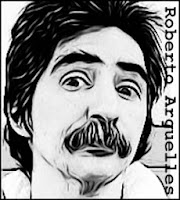 They say that fatherhood changes a man, but few changes can have been as dramatic as that experienced by Robert Arguelles. In May 1996, while serving a prison term for child molestation, Arguelles received a letter informing him that a former girlfriend had conceived his child. Shortly after, Arguelles contacted prison authorities and said that he wanted to confess to a series of murders committed in Salt Lake City, Utah, four years earlier.

“I realize these girls were just little girls like mine,” he said. “I started to understand just how much it would hurt to have someone do what I had done.”

The murders that Arguelles was referring to had occurred in the Utah state capital in the winter of 1992, shortly after Arguelles had been paroled from a prison term for attempted murder and aggravated assault. He had also previously served time for the rape of a ten-year-old girl.

Arguelles was 30 years old and working as a laborer at a metals processing plant when the murders began. His first victim was Margo Bond, a 42-year-old high school janitor who he encountered while he was trawling the school grounds, looking for teenaged victims. Bond was sexually assaulted and strangled to death.

Three weeks later, Arguelles saw 13-year-old Stephanie Blundell walking to school. He stopped and offered the girl a ride, then drove her to an isolated spot where he raped and strangled her.

Barely a week passed before Arguelles struck again. This time he picked up 14-year-old Tuesday Roberts and 16-year-old Lisa Martinez from a bus stop and offered them a ride to the mall. Once inside his vehicle, the girls were overpowered and handcuffed together. Arguelles first tried to rape Lisa, but when she resisted he stabbed her to death with a wood chisel, delivering over 40 blows in a frenzied attack. He then sexually assaulted Tuesday before strangling her to death. The girls’ bodies were buried at a pig farm.

Shortly after the double murder, Arguelles was arrested for sexual assault and eventually sentenced to another long prison term. Now, a tearful, repentant Arguelles was fully prepared to pay for his crimes. He wanted the death penalty, he said, preferably by firing squad and if possible without a hood. Utah is one of only three states that utilizes this form of execution, allowing the condemned prisoner to choose between it and lethal injection. Most pick the latter.

On May 12, 1997, Arguelles – who had spent virtually his entire adult life behind bars – entered guilty pleas to each of four charges of first-degree murder. On June 20, Third District Court Judge David Young sentenced him to die by firing squad. Arguelles immediately stated his intention to fight any appeals on his behalf. He wanted to die as quickly as possible, he said.

However, his behavior during the trial, spitting and screaming profanities, had raised questions as to his sanity. As a result, his execution, scheduled for June 27, 2003, was stayed until his competency could be determined.

Arguelles, meanwhile, was deteriorating mentally. After the stay of execution, he tried to hang himself with a pillowcase. When that failed, he began habitually eating his own feces.

In the end, Arguelles got the death penalty he so desperately wanted, although it was not the one sanctioned by the state of Utah. Hospitalized with an intestinal blockage in November 2003, he refused medical treatment. He passed away quietly in November 15, and was pronounced dead at 17:27. He was 41 years old.

Between September 1970 and June 1972, the residents of Queens, New York, were terrorized by a deadly prowler. The man appeared out of the dark like a phantom, entering homes and slashing at his female victims while they slept. Nothing was stolen and no obvious attempt was made at sexual assault. It seemed the intruder’s sole purpose was to inflict injury and death.

The first attack occurred on September 20, 1970, when Areti Koularmanis was stabbed to death in her bed. Over the next 18 months, the slasher struck four more times, his victims suffering serious knife wounds but escaping with their lives. Then, on March 19, 1972, he killed again, stabbing to death 17-year-old Camille Perniola as she slept.

This latest murder threw the borough of Queens into panic, and as the community cowered in fear, the police stepped up patrols in the area in a desperate effort to catch the killer. It did no good. On April 13, 1972, 21-year-old Clara Toriello was killed in her bed, bringing the death toll to three. And still the police had no clue as to who they were looking for.

After a brief hiatus, the prowler was back on June 13, reaching through an open window to inflict deep slash wounds to the face of a sleeping teenager. The girl survived. Two days later, in the early hours of June 15, another Queens woman woke to find a man climbing through her bedroom window. She started screaming, causing the intruder to flee.

The next victim was not so lucky. Sixteen-year-old Deborah Januszko was hacked and slashed to death in a Jamaica, Queens, apartment on June 17.

Three days after the Januszko murder, Detective Donald Palmer spotted a man walking furtively through the early morning dark in the vicinity of the crime scene. The man identified himself as Joseph Baldi and said that he was attending a trade school in the area. This turned out to be a lie, rousing Palmer’s suspicions.

Looking into Baldi’s background, the detective learned that the 31-year-old man had a lengthy rap sheet, with charges ranging from burglary to assault. He’d also been in and out of mental institutions and had nine months earlier been arrested for the attempted murder of a police officer.

Armed with this information, Palmer headed for Baldi’s apartment, which as it turned out, was just fifty feet from the Januszko residence. Palmer encountered his man in the hall and told him he was investigating a homicide. The hulking, 6-foot-4, 200-pound Baldi, seemed unperturbed. He even invited the detective inside. When his answers to Palmer’s questions proved unsatisfactory, the detective asked him to come down to the station. He complied without protest.

Under questioning at the precinct, Baldi surprised the interrogating officers by going into a trance-like state and re-enacting the Januszko murder, before collapsing to the floor. He subsequently confessed to all four murders and a search of his apartment turned up the collection of knives used in the attacks.

Despite his history of mental illness, Joseph Baldi was found competent to stand trial. He was found guilty on four counts of first-degree murder and sentenced to life in prison.


On June 8, 1992, Norma Paget received a frantic call from her son-in-law, Jack Barron. “You gotta get over here quick!” Barron shouted down the line.

“Why?” Norma asked, startled. When Barron didn’t reply, she repeated, “Why?”

Barely able to believe what she’d heard, Norma Paget and her husband, Jack, sped across town to the home their daughter Irene shared with Jack Barron and the couple’s two young children. They arrived to find the scene cordoned off by police, an ambulance parked at the curb. Barron was nowhere to be seen, but a detective informed the Pagets that their 34-year-old daughter had been found dead in the home's master bedroom.

The police immediately suspected foul play. A neighbor had found Irene, sitting propped up in bed. There were no obvious signs of violence on the body, but a pillow smeared with her make-up suggested that she might have been suffocated.

It was all down to what the Sacramento County Coroner's Office would determine as cause of death. Asphyxial death by deliberate suffocation or smothering is difficult to prove and frequently leaves no signs. The coroner couldn’t be sure and therefore entered cause of death as “undetermined.”

Jack Barron, of course, denied any involvement in Irene’s death. He’d been at work when her body was discovered and assured the authorities that she’d been very much alive when he’d left the house. At the funeral, he appeared distraught and garnered much sympathy.

Alone now, and with two young children to care for, Barron invited one of his co-workers, Starla Hayes, to move into his home with her two children. The plan was that they would help each other in caring for the children, but a sexual relationship soon developed.  A couple of months later, Starla moved out, unable to cope with Barron’s controlling personality.

Within weeks of Hayes’ departure, a babysitter found four-year-old Jeremy Barron unconscious in his bed. An ambulance was called but arrived to find the toddler dead at the scene. As in Irene’s case, deliberate suffocation was suspected but could not be proven. Barron insisted that his son had suffered from hereditary heart disease.

In the wake of Jeremy’s death, Barron’s surviving child, three-year-old Ashley, was examined by a pediatric cardiologist. The doctor found a slight irregularity in the child’s heartbeat, but said that it was nothing serious and that Ashley was in no danger. He did however ask Barron to schedule follow up appointments, which Barron never kept.

Eighteen months later, Ashley was dead in startlingly similar circumstances to her brother. Despite the findings of the cardiologist, Barron was adamant that she’d suffered heart failure and the coroner could not prove otherwise.

Barron next moved in with his mother, Roberta. The two had always enjoyed a close relationship, but Roberta evidently found her son a difficult housemate. Within months, she’d confided in a friend that she was going to ask Jack to move out. She never got the chance.

On February 27, 1995, Barron phoned the police to report that he’d found his mother lying dead in her bedroom. Detectives arrived to find a familiar scene. Roberta was propped up in bed, dressed in pajamas. The body bore no signs of violence and it was later determined that she’d died of asphyxiation.

But luck had finally run out for Barron. Unlike his Sacramento counterpart, the Solano County coroner declared the death a homicide and Barron found himself under arrest. In the wake of the ruling, Sacramento reopened their cases and also ruled the deaths of Irene, Jeremy, and Ashley to be homicides.

Jack Barron went on trial in April 2000. Despite his protestations of innocence, he was sentenced to three consecutive life terms without the possibility of parole.