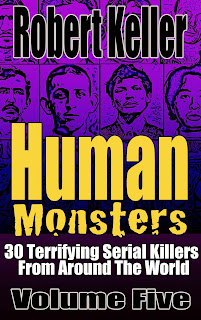 Luis Garavito: The world’s most prolific serial killer. Garavito raped and killed as many as 300 young boys.

Irina Gaidamachuk: Known as “Satan in a Skirt,” Gaidamachuk bludgeoned 17 elderly women, robbing them for money to buy vodka.

Georg Karl Grossman: German cannibal who killed over 50 women, selling their flesh on the black market. 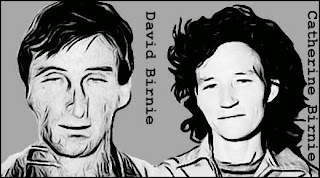 On the afternoon of November 10, 1986, a half-naked teenaged girl stumbled into a supermarket in Willagee, Western Australia, sobbing that she had been abducted and raped. The police were called and immediately rushed to the scene. From there they moved the hysterical 16-year-old to the Palmyra police station, where the girl told an extraordinary tale.


She said that she’d been walking near her home in Nedlands the previous evening, when a man and woman had stopped her to ask for directions. She’d then been forced at knifepoint into their car and driven to a dilapidated bungalow in Willagee. There, the couple had torn off her clothes and chained her to a bed. The man had then repeatedly raped her, while the woman watched.

The following morning, the man had left the house and the woman had unchained her and taken her to a phone. She’d then been forced to call her parents, to tell them that was she okay and was staying with friends. After the call was completed, the woman had left her unattended in order to answer a knock at the front door. The girl had then jumped from a bedroom window and escaped.

The police were very interested in the girl’s story. Over the previous few weeks they’d been investigating the disappearances of four young women from the streets of Perth. They’d begun to suspect that a serial killer was at work. Might this case be connected to the others?

Despite her ordeal, the girl clearly remembered the location of her abductors’ home. She led the police to a rundown house at number 3 Moorhouse Street, Willagee. No one was home, so detectives staked out the house from a panel van parked across the road. They were soon rewarded for their efforts when a slim woman with long, dark, brown hair approached and slotted a key into the front door. She was arrested at the scene and later identified as Catherine Margaret Birnie. Her common law husband, David John Birnie, was picked up at his place of work, a motor scrap yard, a short while later.

At first, the Birnies vigorously denied the girl’s allegations, insisting that she’d been smoking marijuana with them and that the sex was consensual. However, under sustained questioning, David Birnie eventually cracked, admitting to abducting and raping the girl. Then he stunned detectives by also confessing to four murders.

Catherine Birnie, meanwhile, was hanging tough, sticking to her original story. However, when she heard of David’s confession, she too began speaking, eventually agreeing to take detectives to the burial sites of their victims.

That same evening the despicable couple led the Perth police to four unmarked graves, three of them in Gleneagles National Park near Armadale, a fourth in Gnangara pine plantation, north of the city. Three of the victims had been strangled, the other had been brutally stabbed and hacked to death with an axe.

David John Birnie was born in Perth, Australia on February 16, 1951, the eldest of six children. The family was highly dysfunctional, their living conditions squalid, the parents both alcoholics, and the children placed in state care on numerous occasions.

Left mainly unsupervised as a child, David attracted trouble early in life. Convicted on a catalog of felonies and misdemeanors, he was in and out of reform schools.

The chance to change all that came in 1966 when the 15-year-old David was recommended to Eric Parnham’s stables as an apprentice jockey. The boy showed early promise, even if his cruel treatment of the horses caused alarm. Then, after he was convicted on yet another robbery, he was dismissed from his apprenticeship.

By now, David was already addicted to pornography and had developed an insatiable sex drive. That same year, he committed his first rape, breaking into a home and forcing himself on an elderly woman. In his 20s, he married and fathered a baby girl. However, the marriage soon floundered due to domestic violence and his sexual demands.

Catherine Birnie (nee Harrison) had had a similarly difficult childhood. Also born in 1951, she lost her mother at the age of two. Her father then moved to South Africa, taking Catherine with him. Two years later, he returned her to Australia, and the custody of her maternal grandparents.

Catherine first met David Birnie when she was 12 years old, and the two were involved in a sexual relationship by the time she was 14. They then entered into a criminal partnership, carrying out a crime spree, which eventually saw David sentenced to jail time and Catherine placed on probation. Her family used this opportunity to convince her to break ties with him, which she did, obtaining a position as housekeeper to the McLaughlin family. Donald McLaughlin, son of the family, fell in love with Catherine and the two married on Catherine’s 21st birthday.

She and McLaughlin would have six children. Four weeks after the birth of the lastborn, she abandoned her husband and returned to her one true love, David Birnie. She even adopted his name by deed poll and although they were never legally married, they lived together as man and wife.

The Birnie household was far from normal. David Birnie’s had a veracious sexual appetite, demanding intercourse up to six times a day. He was heavily into kinky sex and pornography and had a succession of sexual partners, all of whom Catherine appears to have tolerated. So devoted was she to her man that when he first floated the idea of abducting and raping women she was willing to go along. Whether or not she initially agreed to murder is not known.

The first killing took place on October 6, 1986. On that day, Birnie lured 22-year-old student Mary Neilson to his home with the promise of selling her some cheap tires. Once there, Mary was forced into the house at knifepoint, bound and gagged and chained to a bed. She was then repeatedly raped by Birnie, while Catherine watched.

That same night, the couple drove Mary to the Gleneagles National Park where Birnie again raped her. He then pulled a nylon cord around her neck and strangled her, using a tree branch to form a garrote. After Mary was dead, Birnie stabbed her in the chest (to release the gases as the body decomposed, he told Catherine). She was then consigned to a shallow grave, before the depraved couple drove home.

The ease with which the first murder had been committed encouraged Birnie to do it again. A fortnight later, he and Catherine abducted 15-year-old Susannah Candy as she hitchhiked along the Stirling Highway in Claremont. She was taken back to their Willagee home where she was gagged, chained to the bed and raped. This time Catherine Birnie participated in the sexual assault.

Their lust sated, Birnie tried to strangle the girl. But she struggled so vigorously that he was persuaded to abandon his efforts. He then forced sleeping pills down her throat and waited until she passed out.  Then he handed the rope to Catherine and insisted that she strangle Susannah in order to prove her love for him. Catherine willingly obliged. Like Mary Neilson, Susannah Candy was buried in the State Forest.

On November 1, the Birnies were out trolling again when they came upon 31-year-old Noelene Patterson, stranded at the side of the highway after her car ran out of gas. Noelene was glad to accept a ride from the friendly couple. Once inside the car, though, a knife was held to her throat, and she was forcibly taken back to Moorhouse Street.

Following the same M.O. as in the previous crimes, Birnie gagged and chained the unfortunate woman and then subjected her to a series of sexual assaults. However, he declined to kill her immediately, holding her captive over the next three days.

David was clearly taken with Noelene and a jealous Catherine eventually gave him an ultimatum. Either he kill Noelene, or she’d do it herself. A short while later Birnie drugged and then strangled Noelene Patterson. Her body joined the others at Gleneagles.

On November 15, 21-year-old Denise Brown was waiting for a bus outside the Stoned Crow Wine House in Fremantle when a couple stopped and offered her a lift. She ended up being forced back to the Birnie’s home, gagged, chained and raped.

The following afternoon she was drugged and then driven to the Wanneroo pine plantation, where Birnie raped her again. He then dug a shallow grave and waited for dark. His lust still not sated, he dragged Denise into the grave and again penetrated her, this time plunging a knife into her neck while he was raping her.

Presuming that the girl was dead, he and Catherine started covering her with dirt. However, while they were doing so, Denise sat up in the grave, whereupon Birnie struck her twice on the head with an axe. Their most grisly murder to date accomplished, the sickening duo drove home.

The Birnies had now killed four women in the space of just 39 days. And they would undoubtedly have continued had the brave teenager not escaped their clutches. Now though, they were in custody and it was up to the courts to ensure they were never at liberty to kill again.

David Birnie made that easy for them, pleading guilty to four counts of murder and one count each of abduction and rape. He was sentenced to four consecutive terms of life imprisonment.

Birnie’s first posting was to the maximum security Fremantle prison, but after suffering a number of vicious beatings at the hands of fellow inmates, he was placed in solitary confinement for his own protection. He was found dead in his cell at Casuarina Prison on October 7, 2005. He had committed suicide by hanging.

Catherine Birnie was sent for evaluation by a panel of psychiatrists. Found competent to stand trial, she received the same sentence as her lover. She is currently an inmate at Bandyup Women's Prison.

A petition for parole was refused in 2007. In 2010, the Attorney General of Western Australia revoked her right to future applications, meaning she will spend the rest of her days behind bars.