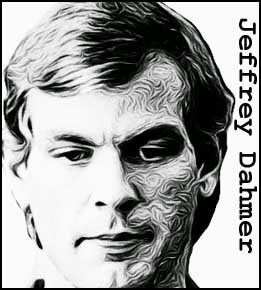 
A horrendously depraved necrophile and cannibal, Dahmer cruised Milwaukee’s gay bars looking for victims. He’d lure the man back to his apartment with the promise of sex or money. Once there, he’d incapacitate the victim with a drugged drink before strangling him to death and having sex with the dead body. He’d then dismember the corpse and dispose of it in a vat of acid.

As Dahhmer’s M.O. evolved, he took to keeping parts of the bodies, including skulls, hearts and penises, as souvenirs. He also cannibalized several of his victims. Then he became obsessed with creating “zombie” love slaves and started drilling holes into the skulls of living victims and injecting acid into their frontal lobes.

Dahmer was eventually caught after one of his victims managed to escape and alerted the police. He was sentenced to 15 consecutive life terms in 1992. However, he would survive only two years behind bars. On November 28, 1994, Dahmer was beaten to death by fellow inmate Christopher Scarver.