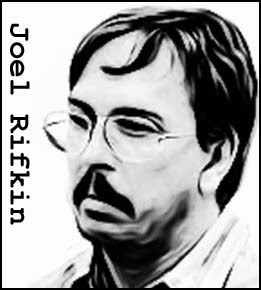 
The archetypal loser, Joel Rifkin was still living at home with his mother when he committed his first murder. The victim, known only as Susie, was a prostitute who he bludgeoned to death after she demanded drugs from him. Rifkin then dismembered the corpse and disposed of the body parts at locations across New York and New Jersey.

So began the most prolific serial murder series in New York’s history. Over the next four years Rifkin took to cruising Brooklyn and Manhattan for prostitutes. He’d usually bring them back to him home in East Meadow, Long Island, where he’d have sex with them before strangling them to death. Then he’d cut up the bodies and dispose of them.

Although several of the dismembered corpses were found, the police had no idea who the killer might be. Then, on June 28, 1993, police patrolmen spotted a pickup driving along the highway without a licence plate. Rifkin was ordered to pulled over but fled. He was eventually captured after a wild, half hour chase. In the back of the truck, police found the decomposing corpse of his latest victim.

Joel Rifkin was found guilty of nine murders and sentenced to 203 years to life.