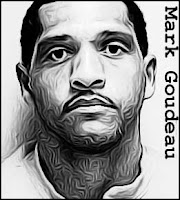 
Between 2005 and 2006, a killer was stalking the city of Phoenix, Arizona. Known as the ‘Baseline Killer’ after the area in which he carried out his attacks, the monster first appeared on August 6, 2005, when he sexually molested two teenagers behind a church on Baseline Road. Another sexual assault followed, before he committed his first murder on September 9. Over the months that followed, he would reappear sporadically, robbing, raping and killing, claiming 9 victims, with the Phoenix police apparently unable to stop him.

The break in the case came eventually on September 7, 2006 when a man named Mark Goudeau was arrested for sexually assaulting two sisters, one of them heavily pregnant. Once in custody, Goudeau was required to provide a DNA sample and it wasn’t long before investigators were able to link him to evidence lifted from the Baseline Killer crime scenes. Goudeau denied the charges, but the forensic and DNA evidence told a different story.

Despite his continued protestations of innocence, Mark Goudeau was found guilty on 19 charges and sentenced to 438 years in prison.