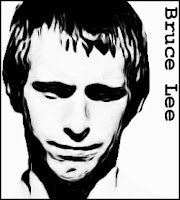 One of Britain’s most prolific serial killers, Bruce Lee (born Peter George Dinsdale) had an unusual method of murder. He was a pyromaniac, who burned people to death in their homes.

Lee, who changed his name by deed poll to that of his favorite kung-fu star, set his first lethal fire in 1973, when he was just 13. Thereafter, he began using fire as a means of gaining revenge. A fire he set on January 5, 1977, killed eleven men at an old age home, after an altercation with one of the residents. After another old man reprimanded him for disturbing his pigeons, Lee returned to wring the birds’ necks, then set the old man alight in an armchair. The fire was ruled an accident, as were many that Lee set over the years.

Lee was eventually arrested in 1980, after a fire at Selby Street, Hull killed three young members of the Hastie family. The investigation revealed that 15-year-old Peter Hastie had been working as a male prostitute. Lee had been one of his customers, but after Hastie started blackmailing him, Lee decided to kill him.

In all, 26 people died in fires set by Bruce Lee. However, he would serve no jail time for the murders. Found legally insane, he was sentenced to an indefinite term in a mental hospital.