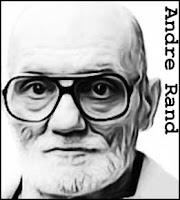 
Known as the “Pied Piper of Staten Island,” Andre Rand was a deadly pedophile who murdered at least four young girls between 1972 and 1987.

Rand logged his first prison time in May 1969, when he was arrested for the kidnapping and attempted rape a nine-year-old girl. He entered a guilty plea to a lesser charge and served just 16 months in prison. He was paroled in January 1972. Soon after, children started going missing.

The first of those was five-year-old Alice Pereira, who vanished from a Staten Island apartment block where Rand was working as a painter in 1972. Rand was questioned regarding the disappearance but released due to lack of evidence. Nine years later, in July 1981, Rand was again a suspect when seven-year-old Holly Hughes disappeared. Again there was insufficient evidence to make a charge stick. The same was true when ten-year-old Tiahese Jackson vanished in August 1983.

However, there was evidence linking Rand to the 1983 disappearance of 12-year-old Jennifer Schweiger. Jennifer, who suffered from Down's Syndrome, was found buried in a shallow grave, just feet from a shack where Rand had been living. Charged with Jennifer Schweiger’s murder, Rand was found guilty and sentenced to 25 years to life.