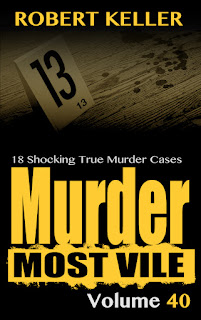 The Needle and the Damage Done: A male nurse with a well-worked date-rape routine. It worked until it didn’t. Then someone ended up dead.

Rest Now, My Love: His daughter had been murdered. Andre Bamberski knew it and he wasn’t going to rest until her killer was brought to justice.

Behind Closed Doors: Lance was a multi-millionaire bachelor who enjoyed playing the field. This time, he’s hooked up with a psycho.

Black Flag: Poor and desperate, Jessie King struck on the idea of taking babies in for money. Her lover had a better idea. Kill the kids and pocket the cash.

Head Over Heels: Money and marital problems had driven Ken to the edge of despair. Then another piece of bad news arrived to tip him over the edge.

A Woman Scorned: Kaitlyn was a young woman with a unique philosophy in life. If you can’t be with the one you love, destroy what they hold dear.

In the Presence of Evil: What happens when the lies you tell paint you into a corner? If you’re James Keown, you kill the one you’ve been lying to.

The Monster in the Woods: It was to have been a glorious two-week camping trip. It culminated in the bloody slaughter of an entire family. 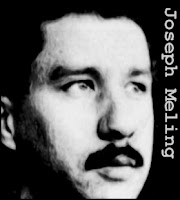 No one should die from a common cold. No one. Not ever. But for 40-year-old Kathleen Daneker, the sniffle she picked up in the winter of 1991 would end up being a death sentence. Kathleen was the mother of three teenage boys from Tacoma, Washington. She and her husband, Ken, had divorced a year earlier but they’d since patched up their differences and had just remarried. On the morning of February 9, 1991, Kathleen got out of bed with everything to live for. Before heading downstairs, she stopped at the bathroom cabinet to fetch a Sudafed, to clear her blocked nose. Moments after swallowing the capsule, she collapsed to the floor and started gasping for breath. Then she started convulsing and foaming at the m

Rushed to a nearby hospital, Kathleen was taken directly to the ER, where emergency medical staff immediately got to work. But even these highly experienced doctors were mystified as to her symptoms. Kathleen appeared to be having a seizure and nothing they tried seemed to help. Soon, she lapsed into a coma. Within two days, she would be dead. An autopsy revealed elevated levels of acid in the bloodstream, elevated blood sugar levels, and evidence of high blood pressure. The thing is, Kathleen had been a healthy and health-conscious woman, with none of these problems prior to her sudden death. So what did it all mean? To the medical examiner, the suspicious symptoms brought to mind a case he’d worked on five years earlier, the case of Stella Nickell.

Nickell was the woman at the center of one of America’s most infamous product tampering cases. She’d killed her husband, Bruce, with Excedrin capsules tainted with cyanide. She’d also claimed another victim, Sue Snow, who’d swallowed one of the cyanide-laced pills that Nickell had placed on a supermarket shelf to deflect attention. Convicted of two counts of murder, Nickell was sentenced to 60 years in prison. Now, looking at the bloodwork of Kathleen Daneker, the M.E. was reminded of that case. Was it possible that Kathleen had been poisoned?

The answer to that question was yes. Analyzed for cyanide, Kathleen Daneker’s blood returned a positive result. Soon Kathleen’s family would receive news that served only to compound their grief. Their beloved Kathleen had been murdered. The family was stunned by the revelation. Kathleen did not have an enemy in the world. They could not think of a single person who might mean her harm.

Ken Daneker, of course, was a suspect. The spouse always is in circumstances like this. But was it really likely that a man would spend a year wooing his former wife back, only to kill her the day after they were remarried? No, that did not seem likely at all. Then detectives learned of the Sudafed Kathleen had taken and the investigation veered off in a whole new direction. What if Kathleen wasn’t a targeted victim? What if she’d just been unlucky enough to pick a tainted product off a supermarket shelf? What if there was a Stella Nickell copycat out there?

This idea was a terrifying prospect for the authorities. Seattle-Tacoma is a massive metropole, home to nearly four million people. Depending on the extent of the product tampering, they might be looking at dozens of deaths. Time was of the essence and so the Food and Drug Administration moved swiftly, putting out warnings to the public via the media. Burroughs-Wellcome, the manufacturers of Sudafed, also issued a statewide recall. This would later be expanded nationally, costing the company nearly $17 million.

But for two unfortunate individuals, the warnings were already too late. As the police continued working the case, they learned of Stan McWhorter, a 40-year-old husband and father who’d died on February 18, one week after Kathleen Daneker. McWhorter had collapsed after taking a Sudafed to clear a stuffy nose. Doctors had been perplexed as to the cause of death. Now they knew. Stan McWhorter had been poisoned with cyanide.

And then there was the case of Jennifer Meling, the first victim of the poisoning spree and its only survivor. Unlike the other victims, Jennifer had not been suffering from a cold. She'd taken the Sudafed at the insistence of her husband, Joe, who’d been complaining that her snoring was keeping him awake at night. Just moments after swallowing the capsule, Jennifer felt her lungs constrict. She was sucking in huge mouthfuls of air but somehow still suffocating, not getting any oxygen. By the time Joe found her, she was convulsing on the bedroom floor.

A frantic 911 call would bring paramedics racing to the Meling residence. Jennifer was rushed to the hospital, barely clinging to life by the time she arrived. As doctors flailed around not quite knowing what to do, she lapsed into a coma. She might well have died had her husband not intervened. In among the chaos, Joseph Meling blurted out to the doctors that they should treat Jennifer for cyanide poisoning. As soon as they did, giving her hydroxocobalamin via an IV-line, Jennifer’s condition stabilized. Although she remained in a coma, she was out of immediate danger.

Of course, the realization that Jennifer had been poisoned brought the police into the equation and, of course, they wanted Joe to explain how he’d known that his wife had been poisoned. Joe had a plausible explanation. He said that he’d recently read an article on the Nickell case and that the idea had suddenly occurred to him. He’d blurted it out more in desperation than in hope.

That was fair enough. But what Joe said next turned the spotlight of suspicion right back on him. Without any prompting from the officers, he declared that he would probably be flagged as a suspect since he’d recently taken out a large life insurance policy on his wife. He assured the cops that their suspicions would be unwarranted since the policy specifically excluded death by poisoning, accidental or otherwise.

This would turn out to be a foolhardy declaration by Meling. It was easy for the police to verify that the policy did not exclude poisoning. And this was no misunderstanding of the terms either. Joseph Meling was an insurance salesman by profession and would have known better. In fact, when detectives questioned the colleague who’d sold him the policy, she told them that Meling had specifically asked whether death by poisoning was covered and had also insisted on an indemnity clause that would double his payout should his wife die in an accident.

From that moment on, Joseph Meling was the central focus of the investigation. Once his wife regained consciousness and started talking about Joseph’s insistence that she take the Sudafed, he was staring down the barrel. Then the police learned that Jennifer had not returned to her marital home to recuperate. She was living with her parents. That suggested problems in the marriage adding another potential motive. The only thing investigators were struggling with was Meling’s intervention at the hospital. It had saved his wife’s life. Why do that if he wanted her dead?

The police were still trying to figure out the answer to that question when they received a blow in their efforts to link Meling to the poisonings. He and Jennifer had reconciled, she’d moved back in, and they were trying to work things out. Soon after, Jennifer retracted her earlier statements and refused to cooperate with the investigation any further.

Deprived of their primary source of information, the investigation team obtained a wiretap on the Melings’ phone. They were hoping that Joe would slip up and say something incriminating. But their suspect turned out to be a wily character. Whatever he was hiding, he did not allow it to leak into his telephone conversations. It was time to try something new.

And so, the police upped the ante, obtaining permission to plant bugs in the Meling residence. It was by this method that they finally got the break they needed. In a conversation with his father, Meling revealed that he was afraid that the cops might find out that he’d recently bought some cyanide. The purchase, he claimed, was entirely innocent and had nothing to do with Jennifer’s “accidental” poisoning. However, he was afraid that the police might use the purchase to frame him.

This disclosure would lead investigators to the chemical supplier where Meling had bought a pound of sodium cyanide just two weeks before his wife was poisoned. A clerk at the company clearly remembered him and provided police with an accurate description. Meling had not used his own name when signing the register. He’d made the purchase under the name “Richard Johnson.” However, a handwriting expert was able to confirm that it was indeed Meling who’d made the entry.

So now the police were certain that it was Joseph Meling who’d poisoned his wife and they also knew the motive – a life insurance policy worth $700,000. What they still didn’t understand was why he’d then murdered Kathleen Daneker and Stan McWhorter, who were strangers to him. They also could still not figure out why he’d scuppered his plan by telling the doctors to treat his wife for cyanide poisoning.

The answer to the latter question, came down to one thing – greed. For the double indemnity clause of the insurance policy to kick in, Meling needed the doctors to diagnose poisoning. When they weren’t getting to that conclusion on their own, he became frustrated and told them. He believed that Jennifer was beyond saving anyway. He’d be proved wrong in that regard.

As to his motive for the other two murders, that came down to self-preservation. Kathleen Daneker and Stan McWhorter were the collateral damage of this diabolical scheme. They’d been killed to cover Meling’s tracks once the police started looking at him as a suspect. That was when Meling started poisoning packs of Sudafed and planting them at supermarkets and pharmacies in the Tacoma area. His plan was to deflect attention from himself by suggesting that some random psychopath was behind the product tampering that had almost claimed his wife’s life. Three more tainted packs would ultimately be recovered. The purchasers were just lucky that they had not taken any of the medications. Had they done so, the death toll would have been higher.

Joseph Meling was convicted of six counts of product tampering, one count of causing serious bodily injury, and two counts of murder. He was sentenced to life in prison with no possibility of parole.