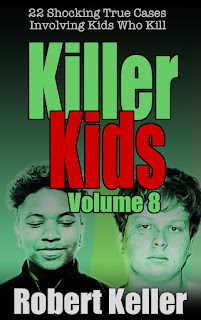 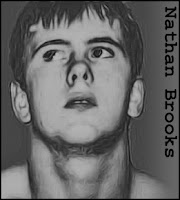 In the run-up to Halloween 1995, 17-year-old Nathan Brooks made a boast to his classmates at Bellaire High School, in Belmont County, Ohio. “Come Saturday, I’m going to be famous,” he announced without preamble. No one took him seriously. Nathan was not the kind of kid who attracted much attention. He was a middling student who stayed out of trouble and kept mostly to himself. If he was going to live up to his boast, one of his fellow students joked, he would have to “pull off another Wickliffe.” This was a reference to a shooting that had occurred at a middle school in Wickliffe, Ohio, less than a year earlier, in which one person was killed and five injured.

And perhaps more attention should have been paid to that flippantly delivered jibe. Because, while Nathan Brooks was not planning a school shooting, he was planning a massacre. An avowed Satanist, he had compiled a list of 16 names, all of them targets for sacrificial murder. The first three slots on that list were occupied by his brother Ryan and by his parents, Terry and Marilynn. The date on which he planned to carry out the killings was Friday, September 29, 1995.

Ryan Brooks, 16-year-old younger brother of the aforementioned Nathan, attended a school football game that evening. Later, he went to the home of his friend Erik, where he hung out until after midnight. Finally, at around 1:30 a.m., Ryan called home, intending to ask his father if he could spend the night. Except that it wasn’t his father who answered the phone. It was his big brother, Nathan.

“Tell mom and dad that I’m staying the night at Erik’s house,” Ryan told him. To this, Nathan responded that Ryan should return home, that their father was already pissed at him for being out past curfew, that he shouldn’t get himself deeper into trouble than he already was. Ryan’s response was that he might sleep over anyway and deal with the consequences in the morning. Then he hung up, staying another hour before he decided that he probably should take his brother’s advice. He then asked Erik for a ride home.

That sequence of teenaged rebellion, followed by contrition, most probably saved Ryan his life. While Ryan was hanging out with his friend Erik, a slaughter was taking place at the Brooks residence, the likes of which Ryan could never have imagined. Nathan Brooks, middling student and secret Satanist, was laying claim to his 15 minutes of celebrity, writing his name in the bloody pantheon of teenaged killers. At some point during that evening, Nathan entered his parents’ bedroom, armed with an array of weapons.

Terry Brooks died first, shot three times in the head at close range with a hunting rifle. Then Nathan turned on his mother, hacking and stabbing her to death with the knife and ax he’d brought with him. Finally, with both of his parents dead, he fetched a hacksaw from the garage and used it to cut off his father’s head. This he placed in a punchbowl, which he arranged on a chair in the living room. He then sat down to wait for his brother to get home. It was Ryan’s call at 1:30 in the morning that threw him off his plan. At first, he sat waiting, hoping for Ryan’s return. Eventually, growing impatient, he set off to fetch his brother from Erik’s house. If the victim wouldn’t come to him, he would go to the victim.

It was here that Ryan’s decision to return home likely saved his life. The brothers must have passed each other on route because when Nathan arrived at Erik’s house, Ryan had already left. Erik’s mother was miffed to be roused from her bed at this hour and also somewhat uneasy at Nathan’s demeanor. He appeared disheveled, breathless, slightly manic. She told him that his brother wasn’t there and then closed the door in his face.

Ryan, meanwhile, had arrived home. Entering quietly through the kitchen, he was dismayed to see splatters of blood on the floor. He then walked to the living room where he was met by the horrific sight of his father’s decapitated head, grotesquely displayed in the punchbowl. That the young man did not turn and flee at this point is a testimony to his courage. Instead, he searched the house, finding blood everywhere. His father’s decapitated corpse lay in the master bedroom, arms raised above his torso in a parody of surrender. His mother was on the adjacent twin bed, partially covered by a blood-soaked comforter, the handle of a long-bladed knife protruding from her right side. There were deep gashes to her head and face, apparently inflicted by the bloody ax that lay at the foot of the bed. Turning away from this gruesome scene, Ryan ran for the phone and dialed 911.

At first, the police were concerned for Nathan’s safety, worried that he too might have fallen victim to the as-yet-unidentified killer. But a search of the teenager’s room quickly changed his status from potential victim to possible suspect. An alert went out, and it did not take long to find Nathan. He was sitting pensively among the gravestones at the local cemetery, his hands still caked with the dried blood of his parents. He offered no resistance when he was taken into custody and said nothing to either confirm or deny his involvement in the murders.

In the aftermath of the dreadful events of September 30, few in Bellaire could comprehend the motive behind the murders. One person who did understand was Ryan Brooks. He knew that his brother had substance abuse problems and had been using drugs and alcohol; he knew that Nathan was indulging in animal cruelty and dabbling in Satanism. Nathan had once described Satan to him as “my best friend.” What Ryan could not have known was the extent of his brother’s madness nor the breadth of his ambition. Evidence found at the crime scene suggested that Nathan Brooks had planned to slaughter at least sixteen individuals.

This evidence would later be presented at Nathan Brooks’ trial. It was in the form of a journal that included various satanic sketches and also a list of people who had been targeted for murder. Top of the list was Ryan. Positions two and three were occupied by the killer’s parents, Terry and Marilynn. Four more names were identified as relatives of the Brooks family while another name was that of a local priest. Next to some of the entries, Nathan had written additional notes to himself. Eviscerate. Decapitate. Dismember. Molest. Skin. Crucify. Those whose names were on the list could be glad that Nathan Brooks was safely in police custody.

One of the immediate consequences of the Brooks murders was the cancellation of Halloween. The killings had sent shockwaves across the communities of the Ohio Valley and there were widespread fears that Brooks might not have been operating alone, that there might be other Satanists in their midst, just waiting to strike. In Bellaire, councilors took the extraordinary step of banning trick-or-treating. The last thing they needed was hordes of kids wandering the darkened streets. It was decided instead to host an alternative event at a local green space. Dubbed “Boo at the Park,” it is a tradition that endures to this day. Decades later, Nathan Brooks still casts a long shadow over the town.

But Brooks is safely locked away now, serving a life sentence that will keep him behind bars until at least 2038. A jury of six men and six women unanimously found him guilty on two charges of aggravated murder, rejecting his insanity defense. As a teenager, Brooks had scrawled in this notebook that, “Satan will bring me peace.” He will now have to find that peace in the bosom of the Ohio Department of Corrections.


Don’t have a Kindle? No problem. Download Amazon’s free Kindle reader here for PC or Mac
Posted by Robert Keller at 02:52