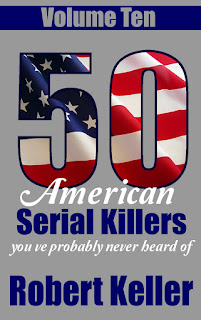 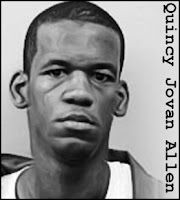 Any way you chose to look at it, Quincy Jovan Allen was a dangerous man. The 22-year-old was a perpetual lawbreaker, in and out of prison on any number of petty offences. The latest of these was transporting a stolen vehicle across state lines, a crime that landed him in federal prison for a short stint. There, Allen fell under the influence of a seasoned criminal, a man who filled his head with stories of carrying out hits for the mob. Never the smartest individual, Allen lapped up these tall tales of the easy money to be made as a hitman. After his release, he decided to try his hand at it. But before he could offer his services as a professional, he’d have to practice. On July 7, 2002, he acquired a shotgun and went hunting for a victim.

The unfortunate individual to cross Allen’s path that day was James White, a 51-year-old homeless man. White was fast asleep on a bench in Finlay Park in downtown Columbia, South Carolina, when Allen approached and stirred him awake. White was ordered to stand and Allen then fired at him, hitting him in the shoulder. The vagrant collapsed to the ground, but Allen prodded him with the gun barrel and forced him to his feet again. He then fired another shot, missing his mark, before fleeing the scene. James White would survive his injuries. The next victim would not be so lucky.

On July 10, 2002, Allen picked up 45-year-old prostitute Dale Evonne Hall, and drove her to a dead-end road near the I-77. A confrontation then ensued during which Hall was shot in the leg and abdomen. As she lay on the ground, pleading for her life, Allen forced the shotgun barrel into her mouth and pulled the trigger, obliterating her features. He then drove to a nearby gas station and filled a canister with gasoline which he brought back to the crime scene. Dale Hall’s body was doused with gas and set on fire before Allen drove away. He’d made his first kill. It would not be his last.

One month later, on August 8, 2002, Allen was working at a Texas Roadhouse when he got into an argument with sisters, Taneal and Tiffany Todd. During that altercation, Tiffany’s boyfriend, Brian Marquis, entered the restaurant, accompanied by his friend Jedediah “Jed” Harr. Marquis, of course, stood up for his girlfriend, and things escalated quickly from there, with Allen fetching his shotgun from his truck. Attempting to defuse the situation, Harr pulled Marquis into his car. He cranked the engine and was just putting the vehicle into gear when Allen fired, missing Marquis but hitting Harr in the head. The car, stuck in neutral, then started rolling downhill, allowing Marquis to jump out and flee. He ran to a nearby convenience store, where an employee hid him in a walk-in cooler. But for that, he would almost certainly have been killed. Frustrated, Allen returned to the Texas Roadhouse parking lot and vented his rage by torching two cars. He then fled the scene. By the time police and paramedics arrived, Jed Harr was dead.

With the police now looking for him, Allen wisely decided to head out of state. But he needed money to fund his escape, and so he decided to hold up a convenience store in Dobson, North Carolina. During the course of that robbery, Allen gunned down two men, 53-year-old Richard Hawks and 29-year-old Robert Roush, entirely without provocation. He then drove to Texas where he was arrested two days later while sleeping in his car. Allen would later tell the arresting officers that he would have killed more, had he been able to obtain a handgun. His criminal record had prevented him from doing so.

Quincy Allen was extradited to South Carolina where he was convicted of the murders of Dale Hall and Jed Harr and sentenced to death. But he was not yet done causing havoc. On the morning of December 2, 2009, Allen, along with fellow death row inmate, Mikal Mahdi, attacked a guard at the Lieber Correctional Institution. Nathan Sasser was stabbed several times with shanks, fashioned from strips of metal. He suffered terrible injuries but would somehow survive his ordeal. Allen and Mahdi, meanwhile, were trying to climb the fence. They were eventually subdued with tear gas and rubber bullets.

Quincy Jovan Allen was scheduled to be put to death on January 8, 2010, before a last-minute stay of execution spared his life. A new date has yet to be set. Allen currently resides on death row at the Kirkland Correctional Institution in Columbia, South Carolina.