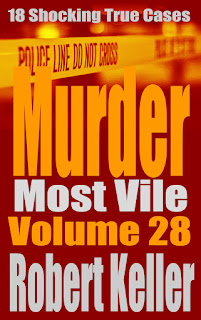 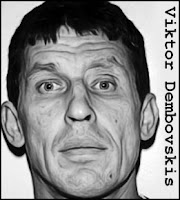 On the afternoon of April 7, 2009, a 15-year-old schoolgirl named Nishma Raithatha, climbed to the roof of a multi-story car park in Harrow, northwest London and threw herself to the hard concrete below. Nishma was a beautiful and intelligent young girl, a straight-A student from a loving family. She had no problems with substance abuse and was not tormented over a lost love. Why then had Nishma decided to commit suicide, to cut short a life that held so much promise? It was to do with another violent death that had occurred four years earlier in May of 2005. Nishma’s sister, Jeshma, had been the victim of a savage rape and brutal murder.

Like her sister Nishma, Jeshma Raithatha had been a beautiful and accomplished young woman. At seventeen, she was a talented singer and actress with plans to study music and media after her high school graduation and grades that would have guaranteed her entry into just about any university in the land.

But an unfortunate hazard for beautiful young women is that they often catch the eye of predators, and thus it was with Jeshma. A particularly dangerous man had noticed her walking around her neighborhood of Sudbury Hill, northwest London, had noted her movements and the route she took home from school each afternoon. He’d even scouted a spot where he might lay in ambush.

Viktor Dembovskis had come to London six months earlier from his native Latvia, where he had a history of violent offences against women. In 1990 and again in 1999, he had been convicted of knifepoint rapes and had served jail terms. Passing sentence on the latter offence, a Latvian judge had issued the stern warning: “One day, this man will kill.” And yet, somehow, Dembovskis had managed to circumvent Britain’s strict immigration laws and settle in London, finding work at a carwash in Greenford. This was just a few blocks from where Jeshma lived with her family, and that is probably how he came to notice her, came to zero in on her as a potential victim.

Dembovskis had done this before. He had an established M.O. which had served him well in the past. His method was to lay a snare in an isolated place, to wait for his victim to pass, to pounce on her and force her into a location where they would not be disturbed, to threaten her with a knife and force her to submit. In the case of Jeshma Raithatha, he had the perfect spot. Her daily route took her along a footpath, flanked to either side by thick undergrowth. Walking the path, Dembovskis selected an area where the bushes were particularly dense. There he waded in and formed the vegetation into a hollow, constructing a den that would shield him and his victim from prying eyes. Now all he had to do was lie in wait. Sooner or later Jeshma would pass that way alone. That was when he would pounce.

During the first weeks of May 2005, Dembovskis waited in his lair on a number of occasions, watching as Jeshma walked by, oblivious to his presence. On each of these occasions, there were other people around, and so the killer sheathed his knife and went home frustrated. But predators are patient creatures. Dembovskis knew that his time would come. On May 16, it did.

May 16 was a normal day for Jeshma Raithatha. She was preparing for her final exams at the time, and so she was not required to put in a full day at Claremont High School. Nonetheless, she went in as usual, did some studying in the morning and left just after 1 p.m. From there, she took a bus to Wembley High Road, where she did some shopping. At around 3 o’clock, she boarded another bus, this one bound for Sudbury Hill. She followed her usual route from the bus stop, a short walk that took her along the familiar footpath that ran past the leisure center. If she noticed that the path was deserted that day, it would not have bothered her. It was broad daylight and Sudbury Hill was a safe suburb. Nothing bad ever happened there.

But something bad did happen that day. Jeshma was halfway down the path when a man suddenly stepped from the bushes and blocked her way. Her instinctive reaction was to walk around him but then he shot out a hand and grabbed her wrist in a vice-like grip. She only noticed the knife in his hand when he brought it up to her throat. Then he told her, in a heavily-accented voice, not to scream. In the next moment, Jeshma was being dragged back into the bushes, acutely aware of what was about to happen to her, unable to do anything about it.

When Jeshma failed to return home that evening, her parents immediately reported her missing to the police. A search was launched but went without success for eight long days. During that time, Jeshma’s 18th birthday came and went as her distraught parents and siblings fretted over her wellbeing. Then, on May 24, the police received reports from pedestrians about a foul smell coming from the bushes behind the David Lloyd Leisure Center on Greenford Road. It was there that they made a tragic discovery. Jeshma Raithatha, three days short of her 18th birthday and with the world at her feet, had been stabbed to death. An autopsy would later reveal that she had been raped before she died and had also been strangled.  Her life had been ended by three thrusts from a long-bladed knife, all of which had penetrated her heart.

The deliberate nature of those knife wounds pointed to a particularly ruthless killer. This was no frenzied attack committed by someone who had temporarily lost control of his reason. This was a calculated murder, designed to eliminate the only witness to the rape. Fortunately, it was not a difficult crime to solve. The killer had dropped a set of keys at the murder site, and there was also semen taken from the victim’s body. That was submitted for DNA testing and returned a match to Latvian sex offender, Viktor Dembovskis. Officers soon traced Dembovskis to an address in Greenford and paid him a visit. When no one answered the door, they slotted in one of the keys they’d found and gained entry. It was immediately evident that Dembovskis had fled, although he’d left behind further evidence of his vile deed, two blood-stained necklaces which were identified as belonging to Jeshma.

But where was the fugitive? That, too, was easily resolved. Immigration records revealed that he’d flown back to Latvia four days after committing the murder. With the assistance of Interpol, the Latvian authorities quickly tracked him to his home town of Livani, 90 miles southeast of the capital Riga, and arrested him there. Extradition procedures were given top priority. Within weeks, Dembovskis was on his way back to Britain. There, he was formally charged with rape and murder.

The evidence against Dembovskis was overwhelming. His DNA had been extracted from semen found on the victim’s body; his house keys had been found at the crime scene; Jeshma’s necklaces had been found in his possession. And yet the brazen killer still tried to bluff his way out of a murder conviction, pleading not guilty and denying every allegation put to him at trial. It did him no good in the end. The jury took just three hours to convict, and the judge then sentenced him to life in prison with the recommendation that he should never be released.

But the conviction and sentence were of scant comfort to Jeshma’s parents. The daughter they loved was gone, her life snatched away by a monster who should never have been allowed into the country in the first place. Their only consolation was that Dembovskis was behind bars where he could not harm anyone else’s daughter.

Unfortunately, that turned out not to be true. Nishma Raithatha had been just 12 years old when her beloved sister was murdered and would be haunted by her loss. During the years that followed, Nishma suffered from depression and received counseling to help her cope. She also had the love and support of her family, but in the end, it was not enough. Unable to cope with her grief, Nishma flung herself from the roof of the Harrow parking garage in 2009. From behind prison walls, Viktor Dembovskis had claimed another victim.


Don’t have a Kindle? No problem. Download Amazon’s free Kindle reader here for PC or Mac
Posted by Robert Keller at 23:16