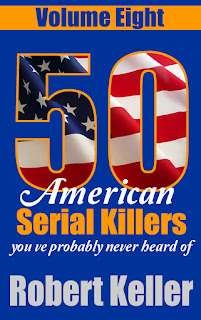 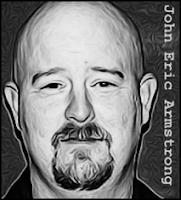 John Eric Armstrong was born in New Bern, North Carolina, on November 23, 1973. The older of two sons, he endured a number of traumatic events as a child. He was just two years old when he fell out of a window, breaking his arm. When he was five, his two-month-old brother Michael died of SIDS, a death that hit him so hard that he made an apparent suicide attempt, riding his bicycle into oncoming traffic. Then that grief was compounded by his father deserting the family just four months later.

Yet, despite these traumas, Eric (as he preferred to be called) grew to be a quiet, respectful boy. He did reasonably well at school and enjoyed baseball; he was awarded a trophy for debating. After graduating in 1992, he joined the US Navy, serving aboard the aircraft carrier Nimitz, where he met Katie Rednoskea, who later became his wife. He would remain in the service until April 1999 when he received an honorable discharge. Thereafter, he settled in Detroit, where he worked at various jobs before finding employment as an aircraft refueler at Detroit Metropolitan Airport.

Eric Armstrong had thus far lived an exemplary life. And he maintained his credentials as a good citizen on January 2, 2000, when he called the police to report a body floating in the Rouge River in Dearborn Heights. The woman turned out to be Wendy Jordan, a recovering addict and sometime prostitute. She had been strangled to death.

But detectives were suspicious of Armstrong’s story. He said that he had spotted the body when he leaned over the bridge to catch his breath during a jog. They didn’t believe him. Armstrong was asked to provide a blood sample and fiber samples from his vehicle. He complied immediately and was then allowed to leave.

On April 10, 2000, a Conrail worker was walking along the tracks in the vicinity of Military and Southern streets in southwest Detroit, when he came across the body of a young woman. Officers responding to the call soon discovered not one, but three corpses, later identified as Kelly Hood, 30, Rose Marie Felt, 32, and Nicole Young, 18. Based on the condition of the bodies, investigators were certain that the women had not been killed at the same time. And that was ominous. It suggested that a serial killer had used this place as a body dump. The police responded by forming a task force.

In the meantime, the Dearborn Heights police had word back from the crime lab. The sperm taken from Wendy Jordan’s body was a match to Eric Armstrong, and the fibers lifted from her clothing had been matched to Armstrong’s Jeep SUV. Unfortunately, the verbal confirmation of preliminary results was not sufficient for them to obtain an arrest warrant. They’d have to wait until the lab issued its official report. Better to be patient than to have their suspect walk on a technicality.

Back in Detroit, the newly formed task force was also making progress. They had learned of three recent assaults and attempted strangulations, and had a description of the suspect and his vehicle. At around 12:30 a.m. on Wednesday, April 12, 2000, officers pulled over a black Jeep Wrangler matching the suspect’s vehicle and took the driver into custody. John Eric Armstrong was put into an interrogation room and quickly cracked. His mood veering from anger to tears, the former sailor said that he had either killed, or attempted to kill, every prostitute he’d ever had sex with.

Yet if the police expected confessions to only three murders, they’d underestimated their captive. In addition to the three women found beside the tracks, Armstrong also admitted to killing prostitutes Wendy Jordan and Monica Johnson. Then there was a man he’d killed in Seattle, and another two prostitutes he’d murdered in that city. He’d also killed a woman in Spokane, Washington, two in Hawaii, and another in Norfolk, Virginia, close to the Nimitz’s home base. His murders weren’t confined to U.S. soil either. He’d killed prostitutes in Japan, Hong Kong, Thailand, and Israel. Wherever the Nimitz docked, he’d go ashore and find a victim. All in all, Armstrong shared details of over 30 killings.

John Eric Armstrong went on trial for the murder of Wendy Jordan in March 2001 and was found guilty, drawing a life sentence without the possibility of parole. He was later convicted of four Detroit prostitute slayings and was given life terms for each one. No charges have ever been brought in connection with his global killing spree.


Don’t have a Kindle? No problem. Download Amazon’s free Kindle reader here for PC or Mac
Posted by Robert Keller at 22:06