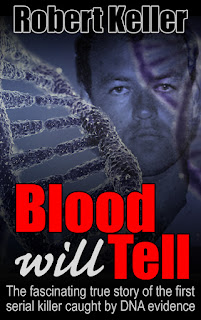 The young woman’s name was Liz. She was 17 years old, blonde, and petitely built. People told her that she was pretty and that she looked even younger than her years. Liz had a steady boyfriend, but on the evening of Saturday, June 7, 1987, they got into an argument at a pub in the Wigston town center. Liz then stormed out, saying that she was going to walk to her home in nearby Oadby, just over a mile and a half away. It was almost midnight when she started along the road leading to the A6, the main artery between the two towns. Walking would take her about 25 minutes, but Liz wasn’t keen on the long slog, and so she decided to hitch a ride. She’d just stuck out her thumb when a blue Fiat pulled up beside her and a man leaned across the front seat. “Where are you off to, m’duck?” he asked, using an affectionate form of address that was common in Leicestershire.

Normally, Liz would have been wary of accepting a ride from a lone man. But she was still fuming over the row with her boyfriend and probably not thinking straight. Besides, the man looked ordinary enough. She figured him to be around thirty, tall, with an athletic build that was just beginning to turn flabby. He had a head of blondish-brown hair that receded from his forehead and a neatly-trimmed beard and moustache. His face was open, with sleepy eyes and full lips that made him look almost boyish. And he had a pleasant smile. It was the smile that won her over. “I’m going to Oadby,” she said. “Can you help?”

And so Liz got into the car, pulled the seatbelt across her chest and settled in for the short drive. “You’re not a rapist, are you?” she asked with a nervous giggle. To this, the man only chuckled. He then asked her name. “Liz,” she said. He didn’t offer his in return, and Liz didn’t see much point in asking. She figured that she’d spend no more than a few minutes in the car before he dropped her off.

But they’d covered barely a half-mile when Liz began to have second thoughts about accepting the ride. The man, who had been so friendly when he’d stopped for her, had fallen silent. Now he stared blankly at the road in front of him, his jaw clenched. By the yellow light of the overhead streetlamps, she noticed his tense grip on the steering wheel. Suddenly, inexplicably, she felt afraid. “Where do you live?” she asked him nervously.

“No,” he interrupted, speaking in a dead, flat tone. Up ahead was a sign indicating the turn he’d have to take to drop her off. He was driving too fast. He was going to miss it.
“That’s the turning,” Liz prompted. In response, the man put his foot down and they sped past, leaving the junction behind them.

Now Liz was panicking. “I want to get out,” she told the driver, first with a feeble attempt at assertiveness, then with a desperate plea. “Let me out!” But the man wasn’t listening. He kept his foot firmly pressed to the Fiat’s accelerator pedal, taking them away from the A6, away from the lights of Oadby, away from safety. Ahead of them was a dark expanse of country lane that seemed to stretch into oblivion.

“Stop the car,” Liz wailed. “Let me out!” It was as though her abductor hadn’t heard. His hands remained firmly on the wheel, his eyes on the road, his foot to the floor. “Please,” Liz implored. She might as well have been talking to herself. Desperate, she considered the crazy notion of flipping the door open and throwing herself from the vehicle. But they were going too fast. The fall would probably kill her. She was trapped, trapped and in deep trouble. She knew instinctively that if she allowed this strange man to drive her any further into the night, she was going to be hurt, probably raped, maybe even killed.

And so Liz made a decision. She decided not to be a victim. Reaching across, she got a grip on the steering wheel and gave it a hard twist to the left. The effect was dramatic. The Fiat veered sharply, dangerously across the tarmac. Caught by surprise, the driver was powerless to stop it. He stepped hard on the brake, simultaneously letting out a scream that was part surprise, part terror. “We’re going to crash!” he bawled as they slid dangerously toward the shoulder in a banshee screech of rubber and metal. Liz braced herself for the coming collision, eyes fixed in horror on the dark shapes of vegetation rushing toward her. Then the brakes locked, throwing her hard against the door as the car spun and shuddered to a halt just inches from the road’s edge.

For one brief moment, everything was silent, broken only by the ticking of the car’s stressed engine block. Then Liz was crying, her panic giving way to a curious mix of fear and relief. She had survived the crash. Now she was stuck out here in the middle of nowhere with a man who was probably a psychopath, a man who likely meant to harm her.

Except that the near accident seemed to have snapped the menace right out of Liz’s abductor. Before, he’d seemed focused on delivering her to some remote location, to do whatever it was he intended. Now, he seemed confused as to what he should do next. He sounded almost like a spoiled child as he whined, “I thought this was what you wanted. I thought you wanted it.” Then he added, as though it excused everything, “I’ve had a drink or two, you know.”

“I can drive if you’ve been drinking,” Liz sobbed, but the man had already twisted the key, sparking the ignition into life.

“I haven’t hurt you yet, have I?” he said, placing a hand on her knee.
If that was meant to reassure her, it had the opposite effect. Liz recoiled from his touch as a fresh wave of panic hit her. The innocuous word “yet” suddenly seemed like the most dangerous utterance in the world. “I haven’t hurt you yet,” he’d said. Did that mean that he still meant to harm her?

The question was answered when the man threw the car into gear and made a three-point turn in the road. Moments later, they were driving in silence, heading back towards Oadby. At the intersection with the A6, she asked to be let out, and he pulled the car to the side of the road, reached across her and levered the passenger door open. That put his face just inches from hers.

“Give us a kiss then,” he demanded, but Liz was already on the move, squirming from his grasp, landing butt-first on the tarmac but immediately bouncing to her feet and sprinting away. As she ran, she could hear him shouting after her, “I bet you’ll never accept a lift again!” He was one-hundred-percent correct on that score.

In the days following her abduction, Liz thought several times about going to the police. Eventually, she decided against it. What was she going to tell them? That she’d been foolish enough to get into a car with a stranger and that he’d scared her by driving too fast? No, that wouldn’t do. It would only make her look stupid.

In fact, Liz decided to keep the entire episode to herself, not even telling her family or her boyfriend. It was only later that she found out how lucky she’d been. The man who’d picked her up was a monster, a sex-crazed psychopath who had already raped and murdered two 15-year-old schoolgirls.