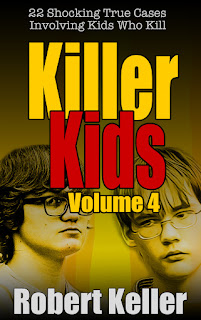 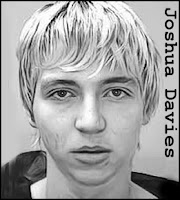 Rebecca Aylward was 15 years old, a pretty, popular teenager who did well academically and planned to study law after she graduated high school. Joshua Davies was one of Rebecca’s classmates. Like her, he was a bright student who maintained an A grade average. But the comparison ended there. Whereas Rebecca was a sensitive soul, Josh was brash and loud, a popular kid who enjoyed being the center of attention. Rebecca thought he was wonderful. She was delighted when he asked her to go out with him.

That was in September 2009 and, thereafter, Josh became a regular visitor to Rebecca’s family home in Maesteg, Wales. Rebecca’s mom, Sonia, approved of her daughter’s choice. Josh was tall and handsome; he was intelligent; he was outgoing; he was polite and respectful. It was easy to see what Rebecca saw in him.

But then, in late January 2010, came a hammer blow. Josh had spent a fun-filled weekend with Rebecca and her family and had departed on Sunday by telling Sonia that it had been the best time of his life. Just a few hours later, he sent Rebecca a text, letting her know that it was over between them. Rebecca was stunned. Josh had given no indication that he was unhappy in the relationship. What had she done wrong? Was there someone else? These questions were asked but drew little from Josh by means of explanation. It was simply done. Rebecca would have to learn to live with it.

For Rebecca, deeply devoted to her first love, the breakup was devastating. Worse still, Josh appeared to have launched a hate campaign against her, both at school and on social media. He started spreading nasty rumors about her, including the lie that she was pregnant. To his circle of sycophantic friends, he started bragging that he was going to kill her, either by poisoning with deadly nightshade or by pushing her from a bridge into a nearby river and watching her drown. His friends, used to Davies’s empty boasts, took it all as a joke. One of them even offered to buy him breakfast if he went through with it.

But Davies wasn’t kidding. He was genuinely contemplating the murder of his former girlfriend. Why he’d suddenly developed this deep-seated hatred of Rebecca is not known. She was, by all accounts, a genuinely nice person, compassionate and caring. She was also entirely devoted to Davies.

Davies, however, appeared to have moved on. He was dating another girl, and eventually Rebecca also started seeing someone else. Her intention wasn’t to make her ex jealous, but that was exactly the impact it had on him. Suddenly, his attitude towards her changed. He was the old Josh again, the boy she had fallen in love with. He even started dropping hints that there might be hope for them after all. By October of 2010, he was talking seriously about a reconciliation.

On the wet autumn morning of Saturday, October 23, 2010, Rebecca Aylward rose early. She was bubbling with excitement. Josh had asked her to meet with him so that they could talk about reigniting their romance. She would spend the next couple of hours getting ready for the rendezvous, getting her makeup just right and donning the new outfit she’d bought especially for the occasion, including a red, hooded jacket and brown ankle boots. After hugging and kissing her mother goodbye, Rebecca left with an aunt who was going to drop her at Sarn railway station near Bridgend. From there, she would walk the short distance to keep her date with Davies.

But immediately, there were alterations to the plan. While she was on her way to meet Josh, he called to redirect her to a nearby park. Then he phoned again and said that he would meet her in the village of Sarn. At this point, Rebecca called her mom and told her about the new arrangement. Sonia was appalled that her daughter was all alone in an area that would be all but deserted at this time of day. She insisted on staying on the line with Rebecca as she walked back to the village center. Eventually, Rebecca told her that she saw Davies approaching. “Are you sure it’s him?” Sonia asked.

“Yes,” Rebecca replied. “He’s standing right in front of me.” Then she told her mother that she loved her and said goodbye. That was the last time that Sonia ever spoke to her daughter.

At around 5 p.m. that evening, Sonia got a call from her sister, concerned that she hadn’t been able to contact Rebecca. Sonia then tried calling herself, but the phone went directly to voice mail. The concerned mother then started phoning her daughter’s friends, becoming more and more frantic as one after the other indicated that Rebecca was not with them. Sonia was particularly eager to speak to Josh Davies since she knew Rebecca had gone to see him. After hours of trying, she eventually reached him at around eight that evening.

Davies, however, swore that he had not seen Rebecca. When Sonia referred to her earlier conversation with her daughter, when Rebecca had said that Josh was standing right in front of her, Davies insisted that she must have been mistaken. He said that he had been at his grandmother’s house all day, watching TV with a friend. It was after hanging up that call that Sonia contacted the police and reported Rebecca missing.

What followed would be a sleepless night for Rebecca’s family. Even as the police were beginning their investigation, the family hit the streets and started to search Sarn and the nearby village of Aberkenfig. They also called Rebecca’s phone at regular intervals. Sometimes it would ring and at other times it would go directly to voice mail. But the voice that they longed to hear on the other end of the line, remained silent.

As word began to spread about Rebecca’s disappearance, family and friends started posting messages of support and concern on Facebook. One of those who posted was Joshua Davies, who said that he felt sorry for Sonia. He also sent several texts to Rebecca’s phone saying that he was worried about her. Those words would soon be exposed as a cruel and calculated ruse.

On the morning of Sunday, October 24, one of Josh Davies’s friends confided in his parents that he thought Davies might have harmed Rebecca. After listening to the boy’s story, his parents called the South Wales Police and directed them to the woods outside Aberkenfig. There, officers found Rebecca’s body, lying face down on the ground, the hood of her new jacket pulled over her head. Pulling back the hood revealed the extent of her horrific injuries. The petite 15-year-old had been bludgeoned on the back of the head with a heavy object which had shattered her skull, exposing the brain. The murder weapon, a bloodstained, football-sized rock, was found nearby.

Joshua Davies and the boy who had reported the crime were taken into custody and charged on suspicion of murder. But while the other teen appeared distraught at what had happened, Davies was entirely calm, almost removed from the horrific event. He also had a ready story. He claimed that he, Rebecca, and the other boy had entered the woods together. He and Rebecca had then played a prank on the other boy, who had become so enraged that he had attacked her, beaten her with a rock, and killed her.

Unfortunately for Davies, the available evidence did not back up his version of events. Far more likely was the story the other boy had to tell. He said that Davies and Rebecca had gone into the woods while he had waited on an adjacent road. Later, Davies had emerged from the trees alone and had told the boy to follow him. He’d led him back to where Rebecca’s body lay. He’d then described the murder to his shocked friend, saying that he had struck Rebecca from behind and had kept on hitting her until her screams stopped. Text messages that had passed between Davies and his friends, both before and after the murder, supported this story. So too did the forensics.

And yet, despite the overwhelming case against him, Joshua Davies refused to admit culpability. At his trial, held at Swansea Crown Court in July 2011, he appeared disinterested, even bored. At other times, he was seen laughing and joking with his defense team. When he took the stand, it was only to repeat the story he’d been telling all along – that he was innocent and that it was his best friend who had committed the atrocity. The jury didn’t believe him.

Joshua Davis was found guilty of murder and sentenced to life in prison with a minimum tariff of just 14 years. That means that he could be free by his early thirties, a frightening prospect since he is quite clearly a psychopath.

For now, though, Davies remains a model prisoner. In October 2018, he finally came clean and admitted to the murder of Rebecca Aylward, although he could provide no rational motive for the killing. Many commentators suggest that the confession was just a manipulation, a cynical maneuver as he sought to file an application for early release. Sonia Oatley, Rebecca’s mother, has sworn that she will fight him every step of the way.


Don’t have a Kindle? No problem. Download Amazon’s free Kindle reader here for PC or Mac
Posted by Robert Keller at 06:05