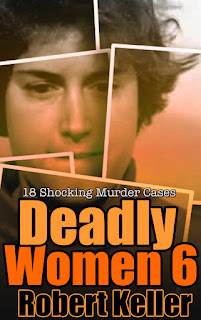 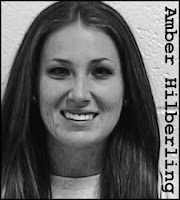 On June 7, 2011, 19-year-old Amber Hilberling pushed her husband Josh out of the 25th story window of the University Club Tower apartment complex in Tulsa, Oklahoma. That much is indisputable. Josh fell 17 floors before his body crashed facedown into the roof of the eighth floor parking garage. Minutes later, his wife, seven months pregnant at the time, emerged screaming onto the rooftop, ran to the broken body and turned it over. She was still cradling it in her arms, crying hysterically, when the paramedics arrived. “Fix him,” Amber begged them, “Oh please, fix him, fix him, fix him.” But Josh Hilberling, the 23-year-old Air Force veteran, was beyond fixing. Josh Hilberling was dead. The question was: Was this a tragic accident? Or was it willful murder?

This is what Amber told the police. She said that she and Josh had been involved in an argument during which Josh had thrown a laundry basket at her. The basket had missed its intended target, instead hitting the large picture window of the apartment and cracking it. Then Josh had grabbed her and started shaking her. She’d begged him to stop but he’d ignored her. “I was pregnant and he didn’t care,” she told investigators. Desperate to escape, concerned for her own safety and that of her unborn child, she’d pushed out at him. Her intention was only to get him to release her, but the push caught Josh by surprise and sent him staggering backwards to collide with the already weakened window pane. As Amber watched in horror, he plunged through it and into the space beyond. It had all happened in the blink of an eye, she said.

A believable story? Perhaps. But as investigators starting comparing it to the evidence they found certain things that just didn’t match up. How, for example, could the heavily pregnant Amber have mustered enough strength to push her 6-foot-6 husband with such force that he was unable to stop himself falling through the window? And why, if they’d been engaged in a furious tussle, was there no sign of a struggle inside the apartment? The answer seemed obvious to detectives. They believed that Josh Hilberling had been caught off guard, that the shove had happened when he wasn’t expecting it. Further investigation provided validation for this theory. It turned out that Amber had told her grandmother a different story to the one she’d told the police. She’d admitted that she’d barged into Josh while he was hunched over and “messing with the TV.”

The question was, why? Why would a recently married young woman, just months away from the birth of her first child, suddenly decide to kill her husband? And the answer to that question was not long in coming. The Hilberlings may have been married for less than a year, but the honeymoon was well and truly over. The couple had a fractious relationship, one that was plagued by domestic violence and drug abuse. Amber, who was a regular methamphetamine user, had assaulted her husband in the past, throwing a lamp at him with such force that she caused an injury which required several stitches. In the aftermath of that incident, Josh had filed for a protective order against his wife. At the same time, his parents had made a prediction that would prove chillingly accurate. They’d told their son that Amber was going to kill him unless he ended the relationship.

But Josh was no angel either. He, too, had a problem with drugs and had been released from the military because of it. And he was controlling towards Amber, forbidding her from communicating with anyone when he wasn’t around and smashing her cell phone to prevent her from doing so. He’d also used violence against his young wife. One another occasion, she’d filed a complaint with the military authorities alleging that Josh had thrown a plate at her and had tried to burst one of her breast implants by squeezing her in a bear hug.

And yet, as violent as the relationship was, Amber claimed that she’d still been madly in love with Josh. She was over the moon when she found out she was pregnant with his child. Perhaps she thought that her pregnancy would facilitate a more harmonious relationship between them. It didn’t, mainly because Amber continued her drug use even as her belly began to swell with the new life growing inside her.

Josh was understandably concerned over the damage this might cause to his unborn child. He was infuriated when Amber ignored his pleas to stop using. Eventually, he told his father that he was leaving Amber and would be filing for a divorce and seeking custody of the child. On the day of his death, Josh actually called his dad and asked him to pick him up at the apartment, saying that he’d finally decided to walk out on his marriage. Patrick Hilberling was at work at the time and told his son that he would collect him at the end of his shift. He never got the chance. Before the day was through, he’d received the news that every parent dreads. His beloved son had been killed, the circumstances of his death making it even more difficult to bear.

On June 8, 2011, the Tulsa Police took Amber Hilberling into custody and charged her with the murder of her husband. Amber was soon released on bond and a couple of months later gave birth to a healthy baby boy who she named Levi. But her bail would be revoked within six months, after she twice tested positive for narcotics and also, on several occasions, failed to keep her ankle bracelet tracking device charged. Those were not the only missteps she made in the lead-up to her trial.

For starters, there was the man she chose to defend her. Jasen Elias was a family friend, and his offer of help was gratefully accepted. However, Elias had never tried a criminal case before, and it was soon clear that he was out of his depth. Once that became evident, Amber’s parents urged her to fire him, but Amber refused, saying that she “didn’t want to hurt his feelings.” That would prove to be a costly mistake. (Elias was later disbarred for several instances of misconduct, including inappropriate sexual advances towards a minor).

And then there was the plea bargain on offer. The prosecutor had proposed a sweetheart deal. Amber could plead guilty to a lesser charge and accept a term of just five years in prison. With good behavior, she’d probably have been out in three. But Amber turned it down, and her attorney did nothing to dissuade her from her reckless course of action. He allowed her to file a no-contest plea at trial, effectively throwing herself on the mercy of the court. Perhaps she thought the jurors would buy the self-defense story and would go easy on her because she was the mother of a young child. They didn’t. After a trial lasting one week, the jury deliberated for just three hours before returning a guilty verdict on the charge of second-degree murder. On April 23, 2013, Amber was sentenced to 25 years behind bars.
Amber Hilberling was sent to serve her sentence at Mabel Bassett Correctional Center in McLoud, Oklahoma. She would remain there for just over three years. On October 25, 2016, Amber was found hanging by the neck from a bunk bed in her cell. Prison staff made a desperate attempt to revive her, but she was pronounced dead at the scene 15 minutes later. An autopsy would confirm that she had died from asphyxia due to hanging, in what was believed to be a suicide. That same autopsy would reveal that she’d died with methamphetamine in her system, indicating that she had continued using behind bars. It was a tragic end to a short life beset by tragedy.


Don’t have a Kindle? No problem. Download Amazon’s free Kindle reader here for PC or Mac
Posted by Robert Keller at 04:23