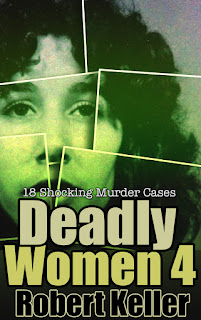 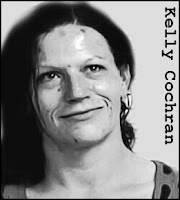 Christopher Regan was missing, and the police in the small Michigan town of Iron River were baffled as to his whereabouts. Regan’s car had been found abandoned at a Park-n-Ride in October 2014. No crime there. An adult is entitled to drop out of sight if that is what he or she chooses to do. Many follow that path, for their own reasons. But in Regan’s case, it just did not make sense. The 53-year-old military contractor had recently landed a new job in North Carolina and had been planning his move there. According to friends, he’d been excited at the prospect of starting anew. Moreover, the divorced father of two maintained a close relationship with his children and would never have gone anywhere without letting them know.

So what had happened to Regan? Friends and acquaintances of the missing man offered at least one interesting snippet of information. They said that Chris had been having an affair with a married woman, 35-year-old Kelly Marie Cochran. A handwritten note that had been found inside Regan’s car seemed to confirm this. And once detectives checked Regan’s cell phone records and found numerous calls between him and Cochran, they knew where they had to begin their investigation.

Kelly Cochran wasn’t difficult to find. In fact, she and the missing man had been co-workers. Questioned about their relationship, she readily admitted that they had been sleeping together. According to Kelly, her husband, Jason, knew all about it and had given his approval, as long as it was purely about sex, with no emotional attachments. As for Chris Regan’s whereabouts, Kelly said that she had no idea where he might be. They’d recently ended the affair after Chris told her that he was moving out of state.

The next port-of-call for detectives was the Cochran residence to interview the unemployed Jason Cochran. As the potentially wronged husband, Jason certainly had motive. But he backed up everything his wife had said. According to him, he’d been injured in an accident that had rendered him impotent. He’d then given his wife permission to take a lover, provided the relationship remained purely physical. He’d done this, he said, because he was afraid that Kelly might leave him for someone else if her physical needs were not met. He also claimed that he bore no ill will towards his wife’s lover and that Chris had even been a dinner guest in their home. Furthermore, Jason offered an alibi for the day of Chris’s disappearance. He said that he had been in the hospital receiving treatment for “anxiety.”

Kelly had been a convincing witness, her husband less so. The police did not believe his story and therefore obtained a search warrant for the couple’s home. They need not have bothered. Kelly willingly invited them in and told them that they were welcome to look wherever they liked. She seemed almost smug when the search turned up nothing. Later, the police would learn that she had taken college-level classes in forensics and thus might have known what was required to clean up a crime scene.

But while the search might have come up empty, the Cochrans’ next act certainly aroused suspicion. Shortly after they were interrogated by the police, the couple suddenly packed their bags and moved to Indiana. They departed in the middle of the night, leaving behind furniture, personal belongings, even the food in their refrigerator. When the police later questioned neighbors about the couple’s sudden departure, they garnered still more suspicious details. On the night of October 27, the night Chris Regan had vanished, there had been strange noises coming from the Cochran residence. A neighbor described it as “the sound of sawing” and said that it had continued until well after midnight. When the neighbor asked Jason about it the next morning, he’d said that he had been unable to sleep and had been working on building a staircase. The only problem with that explanation was that none of the Cochrans’ neighbors could recall seeing any lumber being delivered to the house.

And then there was another story, one that would ensure the infamy of this case for years to come. A neighbor, David Saylor, reported a number of unprecedented dinner invitations in late October. Previously, the Cochrans had barely exchanged greetings with him and his wife. Now they were invited three times in the space of a week, twice for a sit-down meal and once for a barbeque.

“There was so much meat,” Saylor told police, “and barely any side dishes.” He also said that the meat tasted like nothing he’d eaten before. “Not quite pork and not quite chicken” was how he described it. Only later, when Regan’s disappearance came to light, did he consider the horrific possibility. “I’m thinking, oh, my God, did they cut this guy up?” Later, he’d tell a relative, “Dude, we ate dude!”

While David Saylor’s revelations hinted at some horrific possibilities, they did not amount to evidence of murder. In truth, the police had nothing to link the Cochrans to Chris Regan’s disappearance. Nothing, at least, that would stand up in a court of law. The matter remained, officially, a missing persons case. It would likely have stayed so but for another murder, committed 16 months later in Hobart, Indiana.

On the night of February 20, 2016, a 911 dispatcher in Lake County, Indiana, received a call from a woman who said that her husband had overdosed on heroin and wasn’t breathing. Police and paramedics rushed to the scene and found 37-year-old Jason Cochran dead of an apparent overdose. His wife explained that she’d come home to find him lying dead on the floor.

Unfortunately for Kelly Cochran, the autopsy results did not back up her story. Her husband did have a large amount of heroin in his system, enough, possibly, to have caused an overdose. Except, he hadn’t died of an overdose. He’d been asphyxiated. That put Kelly solidly in the frame, making her the one and only suspect.

Officers were immediately dispatched to bring Kelly Cochran in for questioning. But they arrived to find the Cochran residence empty and Kelly long gone. A manhunt was then launched. Since it was believed that the fugitive had fled across state lines, the FBI was brought into the investigation at this time. Their expertise in these matters would soon pay dividends as Cochran was tracked to Kentucky and arrested within a week.

Kelly Cochran was brought back to Indiana where, despite the evidence against her, she refused to admit to killing her husband. She continued to insist that Jason had died of an overdose. Then, after being shown the autopsy report, she changed her tune. She now conceded that he might have asphyxiated but continued to deny her involvement. “If he did suffocate, it must have happened accidentally, while he was passed out,” she said. She challenged the police to prove otherwise. Doing so, they knew, would be a difficult challenge.

But then, one of the investigators suggested a ruse to finally break down Cochran’s resistance. The FBI had by now learned that Kelly was a suspect in the disappearance of Chris Regan in Michigan. They had obtained the Regan case file and, armed with this information, they told Cochran that they had searched her home and found a letter left behind by Jason. In it, he’d admitted that he and Kelly had murdered Chris Regan and dismembered the body.

The letter was a fiction, of course, but the level of detail officers were able to provide convinced Kelly that it was real. She now admitted that she had killed Jason. According to her, she’d deliberately given him an overdose of heroin, hoping that it would kill him. But Jason was taking too long to die and so she’d suffocated him by squeezing his nose shut and holding her hand over his mouth. She had held this position until he’d stopped breathing. Only then had she called 911. She’d done it, she said, because Jason had killed Chris, who she described as “the only good thing in my life.”

Explaining the motive for the Regan murder, Kelly said that she and Jason had a deal in place whereby they could sleep with whoever they liked, provided they did not form an emotional attachment. They had also agreed that should either of them fall in love with one of their affairs, they would act together to murder that person. She claimed that she’d always thought that Jason was joking about that part of the arrangement. However, after she had admitted to Jason that she had feelings for Chris, he had invoked the clause and insisted that she participate in Chris’s murder.

Kelly had reluctantly agreed. On October 27, 2014, she lured Chris to her home in Iron River with the promise of sex. There, Jason shot him to death. They later dismembered the body and disposed of the remains in the woods of Michigan’s Upper Peninsula. Then they cleaned up the crime scene before driving Chris’s car to the Park-n-Ride where it would later be found.

Kelly would later lead the police to the spot where they’d dumped Chris’s body. Various bones, including the skull, were discovered there, but it was far from a complete corpse. Cochran was coy as to what had happened to the rest of the remains. She refused to confirm or deny whether she’d fed her former lover’s flesh to unsuspecting neighbors.

Kelly Cochran was ultimately sentenced to life in prison for the murder of Chris Regan. She subsequently made a deal with prosecutors in Indiana, pleading guilty to her husband’s murder and accepting a 65-year prison term. But this is far from the end of the story. Details have since emerged that Cochran might have been involved in other murders and may be a serial killer. Kelly herself has done nothing to dampen this speculation. In fact, she has at various times confessed to killing 21 people.

These claims are, in all likelihood, an exaggeration. But investigators do believe that Kelly Cochran is responsible for more than the two murders of which she has been convicted. In the words of one officer, “There are probably others out there.”


Don’t have a Kindle? No problem. Download Amazon’s free Kindle reader here for PC or Mac
Posted by Robert Keller at 00:57