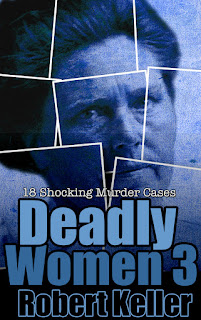 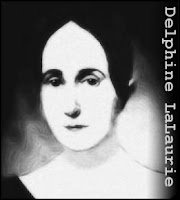 On the morning of April 10, 1834, the residents of the old French Quarter of New Orleans were treated to a strange spectacle. A fire had broken out inside the LaLaurie Mansion, a luxury three-story residence at 1140 Royal Street. The blaze was severe enough to put anyone inside the property in mortal danger, and yet here was Madame LaLaurie, oblivious to the flames, carrying out valuables, silver, and objets d’art, placing them in the street and then running back into the house to fetch more. When one bystander asked her why she was doing this perilous work herself, why her slaves were not helping her, Madame LaLaurie told him not to be a busybody and to help her bring out some of the larger pieces of furniture.

By now, a large crowd had gathered and several men had formed a bucket brigade and were fighting the blaze. Soon a question had begun to stir among the onlookers. Where were the slaves? Surely they would have fled the fire if they were able? Since Madame LaLaurie was evasive on the issue, a group of men took it upon themselves to find out. With the fire now under control, they entered the smoke-filled house, following faint cries to the kitchen, which appeared to be the most severely damaged room. There, hacking and coughing, they found an emaciated old woman. The reason that she hadn’t fled was obvious. She was chained to the stove by her ankle. The woman was able to tell them that she was Madame LaLaurie’s cook and that she had been chained there by her mistress. It was she who had started the fire, she said, in order to escape “her torments.” She then directed the men to the attic. “There are others,” she told them.

To the would-be rescuers, the absence of fleeing slaves all made sense now. There had been rumors circulating in New Orleans society for some time, stories of Madame LaLaurie’s inhuman cruelty towards her slaves. Much of it stemmed from an incident involving a twelve-year-old slave girl named Lia. The child had apparently been brushing her mistress’s hair when the brush hit a snag, causing Delphine to cry out in pain. Angered, she had picked up her whip and started beating the girl, who had fled, with Delphine in pursuit. The chase had led up to the roof of the three-story house where Delphine had cornered the child. Then, to the horror of onlookers, Lia had backed off too far, lost her footing, and fallen to her death on the cobblestones below.

Lia was buried that same night in the grounds of the LaLaurie mansion. But if Delphine thought that was the end of the matter, she was mistaken. An inquiry was launched and she and her husband were found guilty of cruelty, given a $300 fine, and forced to forfeit nine of their slaves. Yet Delphine refused to relinquish control over these wretched creatures. She had her relatives bid on the slaves at auction and then sell them back to her. The authorities must have known about this, but they took no action.

Over the years that followed, stories of Delphine LaLaurie’s cruelty became legend around New Orleans. People were suddenly noticing the poor condition of her slaves, all of them severely undernourished and usually carrying injuries of one kind or another. Eventually, a lawyer was sent by the authorities to address the LaLauries on the matter. The lawyer issued a stern warning, but it seemed to have no impact at all. The LaLauries simply went about their business, abusing their servants at will.

But could Delphine LaLaurie really be so inhuman as to lock her slaves in the attic during a house fire? That was the question on the minds of the rescuers as they approached the attic door. They found it securely padlocked with faint cries issuing from within. One of the men was therefore sent to ask Delphine for the key to the lock. To his surprise, she refused, forcing him to return empty-handed. The rescuers then decided to break down the door. What they found on the other side shocked them to the core.

There were seven slaves inside, all of them skeletal in appearance and showing clear signs of torture. Some were suspended by their necks and forced to stand on tiptoe to avoid being strangled, others wore collars with spikes on the inside, meaning that their necks were flayed if they moved their heads; still others lay chained to the floor, unresponsive, in their own waste. One old woman had a gaping head wound, writhing with maggots; others had untreated fractures, with bone protruding from skin; all bore the cuts and welts of frequent whippings. If these atrocities were not bad enough, the stench that pervaded the attic room was so sickening that several of the rescuers were physically sick. So weak were the slaves they had rescued that they were unable to walk and had to be carried from the house.

And yet, the LaLauries were unrepentant. Confronted with evidence of their atrocities, Delphine’s husband, a French doctor several years her junior, arrogantly told his accusers that they should “stay at home rather than meddle in other people’s business.” That only served to inflame an already volatile situation. The mood among the crowd quickly turned ugly. Had the local constabulary not arrived to break up the gathering, there might well have been a lynching. Given the indignation of the locals there might still be.

On the morning after the fire, a crowd again began to congregate outside the LaLaurie mansion, growing steadily in number until by late afternoon the entire street was packed with angry citizenry, standing shoulder to shoulder. And the mood had darkened with the growing numbers. There were cries of “Hang them!” and “Burn the witch!” as protesters tried to psych one another into making the first move.

Then, just as the anger was reaching a crescendo, a carriage pulled up in front of the mansion, one of the LaLaurie slaves at the reins. A moment later, Delphine emerged from her front door, walked unhurriedly to the coach, and got in. Before anyone in the crowd could respond, the driver geed the horses and the carriage set off at high speed into the gathering dusk. Those in its path were forced to dive for safety as Delphine raced away to freedom. She would not be seen in New Orleans again.

There are various theories about what happened to Delphine LaLaurie. The most widely accepted one is that she boarded a schooner at Bayou St. John that same night, traveled to Savannah, Georgia, and later to New York City. From there, she took a ship to Europe where she lived out her life in France. She reportedly died in December 1842 of injuries sustained in a hunting accident. Others contest this, saying that Delphine never left Louisiana. But correspondence that passed between her and her daughters proves that she did live in Paris, at least for a time. A plaque in the Saint Louis Cemetery in New Orleans states her place of death as Paris, France.

In the decades following Delphine’s death, numerous legends grew up around her, painting her as a monster of almost mythical proportions, responsible for the deaths of “over a hundred slaves.” This is pure fabrication, as are the details of the tortures supposedly visited upon her slaves. According to one account, LaLaurie had a “sadistic appetite that was never appeased until she had inflicted some hideous form of torture on her servants.” That same report details the condition of the slaves found at the LaLaurie mansion on that April day in 1834. It claims that there were “male slaves, stark naked, chained to the wall, their eyes gouged out, their fingernails pulled off by the roots; others had their joints skinned and festering, great holes in their buttocks where the flesh had been sliced away, their ears hanging by shreds, their lips sewn together. Intestines were pulled out and knotted around naked waists. There were holes in skulls, where a rough stick had been inserted to stir the brains.”

While such accounts are pure fantasy, there can be little doubt that Delphine LaLaurie was a horrendously cruel slave master, even by the standards of the era. Which begs the question: Where did such cruelty originate? Delphine was a well-bred young woman of a prominent New Orleans family. She was twice widowed by the time she married physician Leonard Louis Nicolas LaLaurie in 1825; she was by then the mother of five children (she would have another by LaLaurie). Nothing in her past indicated a propensity for cruelty. In fact, many observed that she was a gentle soul who was generally courteous to “negro people” and had even emancipated two of her elderly slaves.

But that was to change after her marriage to Louis. In 1828, 1829, and again in 1832, the authorities were forced to investigate complaints of cruelty lodged by neighbors of the LaLauries. Those visits and the citations that followed did nothing to discourage Delphine. Her cowhide whip was seldom out of arm’s reach, and it required very little provocation for her to employ it. She seemed to prefer slower, crueler forms of punishment, though. Any slave who displeased her might end up chained in the attic, wearing a studded collar. There they would be whipped, beaten, and slowly starved to death. Delphine’s daughters sometimes tried to smuggle food to these unfortunate wretches, but they suffered their mother’s wrath if they were caught.

While it is tempting to blame Delphine’s descent into depravity on Louis’s influence, there can be little doubt that she soon developed an appetite for cruelty that was entirely her own. Louis was young, impulsive and unpopular with his neighbors due to his arrogant demeanor. He was reportedly fascinated by voodoo and was rumored to have conducted medical experiments on some of his slaves. However, the men and women rescued from the fire left no doubt as to who their main tormentor was. It was their mistress who played the leading role in their abuse. They also claimed that Delphine had killed several of their number, burying the corpses at various locations on the LaLaurie property. One of those locations was a disused well, where two corpses were indeed recovered. No other bodies were ever found.


Don’t have a Kindle? No problem. Download Amazon’s free Kindle reader here for PC or Mac
Posted by Robert Keller at 21:55