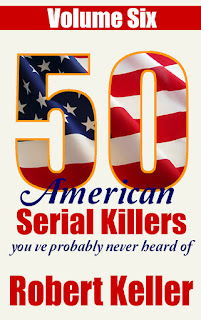 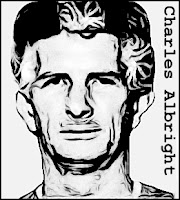 Prostitute murders are notoriously difficult to solve. So when Mary Lou Pratt’s semi-nude body was found in the Oak Cliff neighborhood of Dallas, Texas on December 13, 1990, the police did not have much hope of making an arrest. This murder, however, would turn out to be different. There was nothing unusual about the way Mary Lou had been killed (shot in the head with a .44) but there was something extremely odd about what the killer had done with the corpse afterwards. He had removed both eyes, apparently carrying them away with him.

This gory detail suggested a ritualistic killer, someone who was almost certain to strike again. Dallas PD therefore contacted the FBI, looking for a killer who might have this particular fetish. The search came up empty, and that was particularly unfortunate for   27-year-old Susan Peterson. Her body showed up on February 10, 1991, two months after Mary Lou Pratt had been found. Like Pratt, she was dressed only in a t-shirt and, like Pratt, she had been shot in the back of the head. Her eyes had also been removed.

With confirmation that they were now dealing with a repeat killer, Dallas detectives hit the streets and began questioning the local hookers, at the same time warning them to be vigilant. Those warnings, unfortunately did little good. On March 18, another woman was dead. Unlike the first two victims, Shirley Williams was black. The other details were consistent, though. Williams had been shot and her eyes had been removed.

Three women were now dead and the Dallas police were totally in the dark as to who was responsible. Then, out of the blue, they got a lead. A woman called to suggest her former lover, Charles Albright, as a possible suspect. Asked why she suspected Albright, the woman said that he was a sexual reprobate who had made such weird demands of her that she had ended the relationship. The officer on the other end of the line was just about to thank the caller for the information and hang up when she added another detail. She said that Albright was obsessed with knives… and with eyes.

This, of course, put a totally different spin on things, especially when the police ran Albright through the system and found that he was an ex-con with a lengthy rap sheet. Most of those arrests were for fraud and theft, but there were also charges of assault and sexual molestation of a 9-year-old girl. It was time to bring Charles Albright in for questioning.

In the early hours of March 22, police officers carried out a raid on Albright's residence and took him into custody. Albright, of course, denied all of the charges. The police then carried out a search of his property and found some items that looked promising. These included a red condom similar to one found at one of the crime scenes, a collection of X-Acto knives and a .44 revolver. Unfortunately, none of this was conclusive, especially as the gun turned out not to be the murder weapon. Then Albright’s wife provided him with an alibi for all three murders, and it looked like the case was falling apart.

There was still forensic evidence, however. Hairs found on a blanket in Albright’s truck was matched to Shirley Williams, and a pubic hair found on Williams’s body matched Albright. Then there was testimony from a former friend of Albright, who told investigators that Albright owned a second .44, registered in his father’s name. Police were unable to locate the weapon, but the fact that it was missing told its own story.

This was far from the most watertight of cases, but the D.A. decided to file capital murder charges anyway. Those charges were later reduced by a grand jury to second-degree murder, meaning that the death penalty would not be a consideration. The D.A. then decided to drop the Pratt and Peterson cases and to prosecute Albright only for the murder of Shirley Williams. This made perfect sense since Williams was the case for which the prosecution had the most convincing evidence.

Charles Albright went on trial on December 2, 1991. On December 18, the jury deliberated for a full day before returning a guilty verdict. Albright was then sentenced to life in prison, a verdict later upheld on appeal.

FOOTNOTE: The bizarre basis of Charles Albright’s eye obsession would later be revealed. As a child, Albright had shared an interest in taxidermy with his adoptive mother. However, they had lacked the funds to buy glass eyes, the most expensive items in the taxidermist’s toolkit. The buttons they’d used instead had been a poor substitute. Somehow Albright’s fixation had grown from those innocent beginnings. 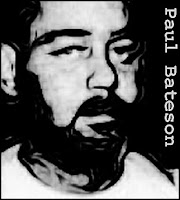 Between the years 1973 and 1978, the city of New York and particularly its gay community was terrorized by a particularly vicious killer. The blood-crazed fiend stalked Manhattan’s gay bars, picking up victims, stabbing them to death and them butchering their corpses. In many cases, the remains would be crammed into garbage bags and tossed into the Hudson River, leading NYPD detectives to rather indelicately dub the killings, the “Fag in a Bag Murders.”

The first to die was 29-year-old Ronald Cabo who was knifed to death in his West Village apartment on January 4, 1973. The killer then tried to set the apartment alight in an apparent effort to destroy evidence. The fire, however, failed to take hold. Cabo was found where he’d died – butchered on his own couch.

Four days later, 40-year-old Donald MacNiven and John P.W. Beardsley, age fifty-three, were found stabbed to death in MacNiven’s living room at 11 Varick Street. Again an attempt had been made to start a fire but, as yet, the police had not linked the three murders. Neither did they make a connection when the body of gay activist, Robert Borrero, was found bobbing in the Hudson River, just off the Morton Street Pier on January 7, 1973. It was only after a double homicide three weeks later that the NYPD began to suspect that a serial killer may be at work.

On January 28, a Brooklyn Heights building superintendent went to the apartment of 32-year-old schoolteacher Nelson Robert. Other residents in the building had been complaining about a radio that had been blaring at full volume for several hours. Getting no response when he knocked, the super entered using a passkey. He instantly wished he hadn’t. Nelson Robert lay on the floor covered by a gray blanket. But even the covering could not hide the blood that had spilled onto the floor. The superintendent ran immediately to call the police. They would find a second corpse in the apartment, this one with his neck snapped. The killer had also killed the couple’s pet poodle, drowning the poor animal in the bathtub.

For pure number of victims, the carnage of January 1973 would never be repeated during the reign of the so-called “Bag Killer.” But the killing spree was about to make a gruesome twist. From this point on, the killer would dismember his victims and dump them in the city’s main waterway. Over the next three years, body parts regularly washed up on the Hudson River piers, a notorious gay cruising spot at that time. Given the state of these remains, the authorities were not able to positively confirm cause of death. They were, however, able to determine how many corpses the parts were from – six in all.

By 1977, the police were no closer to solving the mystery of the butchered bodies, and the gay community was in an uproar. The latest victim, a drag performer named Toni Lee, was strangled to death in her MacDougal Street apartment. Then, on September 14, 1977, the killer claimed his most high-profile victim yet. Addison Verrill was a film critic for Variety magazine and a minor celebrity on the Greenwich Village gay scene. He was found stabbed and bludgeoned to death in his apartment on Horatio Street.

Neither the police nor the New York press initially linked Verrill’s murder to the series. But Arthur Bell, editor of the Village Voice, did and published an article decrying the tepid response from both the authorities and the media. That provoked a response that Bell hadn’t expected. He received a phone call from a man claiming to be Verrill’s killer.

On October 3, Bell published another article, this one entitled “Phone Call from a Fugitive.” In it he described his twenty-minute conversation with the purported killer, revealing several details that only the murderer could have known. That elicited another call, this time from a man named Richard Ryan. According to Ryan, the Bag Killer was a man named Paul Bateson. Bateson had apparently boasted to him about the murders when they were in rehab together. After hanging up with Ryan, Bell immediately called the NYPD and gave them Paul Bateson’s name.

Under interrogation, Bateson quickly confessed to killing Addison. He was less forthcoming, however, about the other murders, and as the police had no evidence against him for those crimes, he would never be charged.

One charge of murder, however, would prove to be enough to put Bateson away for a very long time. Convicted of second-degree murder on March 5, 1979, he drew a term of 20 years to life. Bateson continued to brag about “Fag in a Bag” in prison, saying that he enjoyed killing and that he’d murdered and dismembered his victims “for fun.” The other murders remain officially unsolved.

FOOTNOTE: In 1980, director William Friedkin made a movie called Cruising, which is loosely based on the case. It later emerged that Paul Bateson had a small part in Friedkin’s most famous film, The Exorcist.


Don’t have a Kindle? No problem. Download Amazon’s free Kindle reader here for PC or Mac
Posted by Robert Keller at 04:09