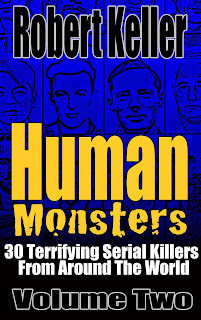 Andrei Chikatilo: One of the most deadly serial killers in history. Chikatilo slaughtered 56 women and children, literally tearing them apart.

Enriqueta Marti: Spanish witch, murderer and procurer of children. Marti turned the fat and bones of her young victims into potions, elixirs and face creams for her rich clients.

Paul Bernado: A deeply depraved individual who along with his wife, Karla Homolka, raped and murdered three teenaged girls, including his own sister-in-law.

Javed Iqbal: Pakistani serial killer who vowed to murder 100 boys in revenge for perceived injustices. Gave himself up after he’d achieved his goal.

Dorangel Vargas: Deranged cannibal killer who lived under a bridge in San Cristobal, Venezuela and preyed on drunks and vagrants.

Marcel Petiot: Parisian doctor who claimed he could help those fleeing the Nazis. Instead 60 victims found a swift and ugly death at his hands.

George Chapman: Went to the gallows for poisoning three women. But was he Jack the Ripper, as many experts believe?

Bela Kiss: An enigmatic Hungarian psychopath who feigned his own death, leaving behind the pickled corpses of 21 victims. 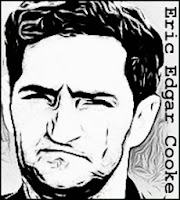 Perth, Western Australia, was a safe place to live in the 1960’s, the kind of place where windows were left open at night, doors unlocked, where keys were left dangling in the ignitions of motor vehicles. Then, over the expanse of eight blood-drenched months in 1963, all of that changed, with the reign of terror unleashed by a psychopath named Eric Edgar Cooke, the man known as, The Night Caller.

Eric Edgar Cooke was born in Perth on February 25, 1931, the oldest of three children. His father was an abusive alcoholic who regularly beat his wife and children, with Eric the favorite target of his rage. Neither did the diminutive boy find any respite at school. Cooke had a harelip and a cleft palate resulting in a speech impediment that made him a constant target for bullies.

Eric grew up a quiet, shy boy with few friends. Those who bothered to look beyond his physical problems found him to be polite and likeable. But already a deep resentment was simmering just below the surface, and it exploded into rage whenever the boy was upset. On one occasion he burned down a church when his audition for the choir was unsuccessful.

Leaving school at age 14, Cooke worked at a succession of unskilled jobs. By now, his father had all but given up on supporting his family and spent most of his time in various Perth taverns. Eric’s meager wage was the only thing keeping his mother and younger sisters fed and clothed. Always short of cash, he began burgling houses, sometimes vandalizing the premises and committing arson. He also became a compulsive peeping tom.

In 1949, the law finally caught up with Eric Cooke. Nabbed via fingerprints left at several crime scenes, he was found guilty of burglary and sent to prison for three years. The sentence was relatively light because Cooke’s lawyer had argued that Cooke was stealing to feed his mother and younger siblings.

Released from prison in 1951, Cooke appeared to be a changed man. He began attending services at the local Methodist church and became a well-liked member of the congregation. But the old Eric Cooke soon emerged and he was caught stealing from the church coffers, only escaping another term of imprisonment because the vicar declined to press charges.

In 1952, Cooke joined the Australian armed forces, lying on his enlistment form to hide his criminal past. He was found out just three months later and promptly discharged. Thereafter, he found work as a truck driver. A year later he married
19-year-old Sarah Lavin at the Methodist Church in Cannington.

The next two years were the happiest and most stable of Cooke’s tumultuous life. He was a good husband and father, and his wife and children lacked for nothing. Little did they know that the small luxuries they enjoyed were being paid for by Cooke’s criminal activities.

In 1955, Cooke was in trouble again after he was arrested for stealing a car. He was sentenced to two years at hard labor, but this latest jail term did nothing to curb his criminal inclinations. In fact, Eric Edgar Cooke was about to escalate his one-man criminal campaign against the citizens of Perth. And his crimes were about to turn violent.

On September 12, 1958, Cooke stole a car and ran down cyclist Nel Schneider in a hit-and-run attack that would become a favorite tactic of his. Schneider survived but suffered severe injuries. On November 25, 1958, Cooke broke into a house in Applecross and beat 15-year-old Mollie McLeod unconscious. Three months later, on December 27, 1958, he committed another hit-and-run, striking Kathy Bellis with such force that she was thrown 18-yards across an intersection. Miraculously, Bellis survived. Cooke’s next victim would not be so lucky.

On January 30, 1959, Cooke was burgling the South Perth apartment of 33-year-old Pnena Berkman. When Berkman woke and tried to raise the alarm, Cook attacked her, stabbing her to death with a diving knife.

Cooke launched two more attacks in 1959. In August, he bludgeoned 17-year-old Alix Doncon so severely that she would suffer from epilepsy for the rest of her life. In December, he hacked Jillian Brewer to death with an axe in her Cottesloe apartment. He then mutilated her body with a pair of scissors.

In April 1960, Cooke reverted to his old M.O., running down Glenys Peak on a Bayswater street. She survived.

Frustrated by his lack of success, Cooke carried out two more hit-and-runs in May 1960, seriously injuring Jill Connell and then knocking down a trio of pedestrians in a single incident.

Cooke was arrested on unrelated charges shortly after this latest attack and sent to prison for yet another spell of incarceration. He re-emerged in early 1962 and soon picked up where he’d left off.

On March 3, 1962 Anne Melvin, 23, was attacked in her bed in Nedlands, her assailant fleeing after she started screaming. On December 29, Cooke launched a similar attack on Peggy Fleury in Cottesloe. He beat Peggy with his fists and with a flashlight, but fled when her screams woke others in the house. This latest attack was to prove a prelude to his deadliest rampage yet.

On January 26, 1963, Cooke burgled a house in Como and stole a .22 caliber rifle and ammunition. Later that evening, he snuck up on a parked car and started firing at the occupants. Nicholas August was struck in the neck, his girlfriend Rowena Reeves suffered a wound to her arm.

A short while later, Cooke broke into an apartment and shot 29-year-old accountant Brian Weir to death as he slept. Next he drove to Nedlands where he shot and killed 19-year-old student John Sturkey and 54-year-old retiree
George Walmsley in quick succession.

With the city of Perth in an uproar and police carrying out a major manhunt to find the killer, Cooke lay low for a couple of weeks. On February 9, he re-emerged to kill Rosemary Anderson in a hit-and-run. Rosemary’s boyfriend, John Button, was subsequently convicted for her murder.

And still, Cooke wasn’t done. On February 15, he strangled 24-year-old social worker Lucy Madrill to death in her apartment. In June, he attacked Carmel Read in her bed, fleeing the scene when she started screaming. Less than a month later, on August 10, he shot and killed University of Western Australia student Shirley McLeod.

The police were by now under immense pressure to catch the killer before he struck again. Desperate for a lead, they considered fingerprinting every adult male in Perth as well as confiscating and test firing every .22 rifle. Then, out of nowhere, they caught a break.

In September 1963, an elderly couple discovered a .22 rifle hidden in some bushes in Geraldton. They reported it to the police, who immediately placed the area under surveillance. Seventeen days later they were rewarded for their efforts when Cooke came to retrieve his weapon and was arrested at the scene. Under questioning he quickly confessed to the murders.

Eric Edgar Cooke went on trial for six counts of murder in November 1963. He was found guilty and sentenced to hang, subsequently refusing all efforts to launch an appeal on his behalf. Cooke was put to death on October 26, 1964, the last man to be executed in Western Australia.